Skip to content
So apparently, you Canucks don't have access to the great American export of Trash Hollywood Remakes so I'm stepping in this week for a review of Overboard (2018). Believe it or not, there are other movies in theatres not named Avengers: Infinity War. Unfortunately, that doesn’t mean the alternatives are very good. 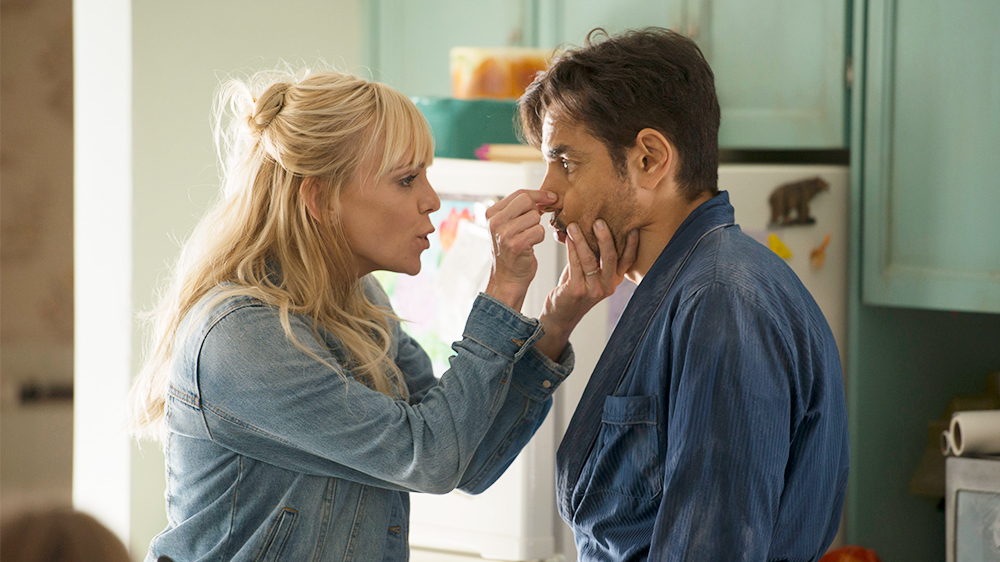 Believe it or not, there are other movies in theatres not named Avengers: Infinity War. Unfortunately, that doesn’t mean the alternatives are very good. You know Hollywood is scraping the bottom of the barrel when they are remaking mediocre films from 31 years ago. Overboard was a film from 1987 that barely broke even at the box office, but audiences loved due to the chemistry of real-life couple Goldie Hawn and Kurt Russell. Three decades later, Anna Faris & Eugenio Derbez are no Russell and Hawn and that’s why this movie fails.

Set in Oregon, Kate (Faris) is a single mother of three who is working two jobs while trying to become a nurse. When Kate isn’t delivering pizzas, she is cleaning yachts for spoiled billionaire playboy (Derbez) who pushes her off the boat because he is rich and he can do these things. When Leonardo takes a spill himself and loses his memory, Kate decides to lie to him, claiming she is his wife so Leo can watch her kids and do her chores…and the authorities are never called.

The average age of the people in the theater with me had to be about 60 which makes sense seeing how only they could remember the original film to want to see this one in the first place. The premise of the film is stupid to begin with but the only reason it worked before was that people liked the two leads. With the 2018 version, you can change-up the genders and the races (which only makes the story more complicated and less believable anyway) but in no way do you buy any chemistry between Faris & Derbez and it’s insulting that they even try. I barely even buy into Leonard being a billionaire playboy let alone that he would ever fall in love with Kate at all. What’s more mind-blowing is that Omar Chaparro is in the film and he would have been a FAR better lead in the story than Derbez was.

So take that out and what do you have? You have a plot that is seriously flawed in its premise, I mean the guy is a billionaire and you are going to have him work as a day laborer so you can pay the late fee on your rent? The only relationship in the film that you actually believe is the one between Leonardo and his fellow workers. And despite their attempt at a progressive retelling with Faris in the role of Russell, her character is FAR more unlikable than Kurt’s ever was.

This might be the most pointless remake of the last 10 years. Not only is Overboard far less believable than a telenovela, but the telenovela the characters were watching in the film looks like a more entertaining story.