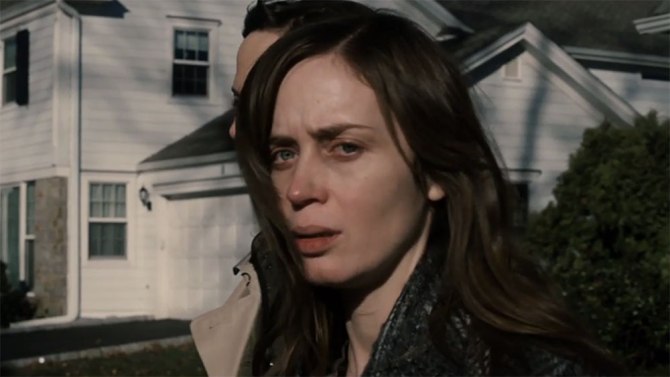 There was a lot of hype put into The Girl on the Train when the film was announced. The book, under the same title, was released in 2014 and was considered such a hit that Dreamworks acquired the film rights and quickly went into production. The film begins with a woman named Rachel (Emily Blunt). Rachel is a down on her luck alcoholic. She spends her entire day taking a train to New York City and drinking her life away. She has created a fantasy life about a woman who she sees riding on the train every day; this girl is named Megan (Haley Bennett). Rachel imagines Megan as a happily married woman who is deeply in love, living the dream life…in reality, Megan is a fucking train wreck. Megan is a damaged girl who is having an affair with her therapist behind the back of her husband (not exactly the happy fairytale that Rachel assumed). One night Rachel decides to drunkenly confront Megan under a bridge and blacks out. The next morning she wakes up covered in blood as Megan goes missing and she could have been the last person to see her alive.

The theme is very dark and showcases many troubling life issues. Rachel’s alcoholism is a major arch in the film. Rachel suffers from deep depression due to her past. As the movie progresses, you learn more about how she ended up in her current situation. Her ex-husband Tom (Justin Theroux) left her after she was unable to get pregnant for another woman named Anna (Rebecca Ferguson) who he had a child with. Rachel proceeds to allow her drinking problem to get the best of her. She lost her job due to her drinking a year earlier and didn’t tell her landlord, so her day consists of sitting on a train, creeping on a random girl and getting completely plastered…feel good story eh? The movie jumps around between different points of view from multiple characters as every scene becomes a new piece of evidence in this ‘Whodunit’ story.

The narrative in The Girl on the Train is fighting your inner demons; however, this leads to one of the biggest problems. There aren’t any likable characters in the movie. Sure, there are people you pity but that’s about it. With so much gray area, it is difficult to emotionally invest in someone especially knowing that one of them guilty of murder.  The mystery becomes pretty predictable at this point and begins to hamper the goodwill the movie had built up to that point. The best way I can describe The Girl on the Train is a great set up but poor execution. It is an interesting idea that turns into a soap opera by the end. Emily Blunt’s performance pretty much carries the film. Other characters simply aren’t as investing or they don’t get the screen time to stand out. The story is good enough to keep the interests of the audience and they do a good job of keeping the audience guessing until the end where the picture becomes clearer. There will be a lot of comparisons to Gone Girl but The Girl on the Train isn’t as good of a story as that movie was.  The Girl on the Train is an entertaining ride but come to a disappointing final stop.