Ladies and gentleman…it’s time. Time for me to take out 12 months of frustration out on the worst pieces of crap that made me want to quit my job in 2019. The year was full of terrible films, you had movies that were boring, movies that were offensive, dumb movies, and movies that were so dumb you wonder who greenlit them in the first place.  The films that made this list are complete and utter wastes of time so here are the Top 10 worst movies of 2019 with some Honorable Mentions.

Cynicism is a requirement for modern-day popcorn films because the era of “female empowerment” has become a lazy excuse for churn out misandry disguised as entertainment. Hollywood continues to be shocked and appalled that half of all moviegoers are men, and men only aren’t flocking out to spend money on films that take 2 hours to tell them how terrible they are. Director Elizabeth Banks’ misandry makes the twist of the film way too predictable because we can’t have a man look redeemable right? At one point, some poor security guard, who is just doing his job gets straight-up murdered by the good girls and his death is mocked as an ‘oopsie’ because he did ask a woman to smile so he probably deserved it. Charlie’s Angels is just as dull and woke as it was advertised to be.

Serenity is a film so bad, it almost becomes a marvel and all of the blames falls on writer and director Steven Knight. If you thought that Glass was hard to follow, Serenity managed to out-Shyamalan, Shyamalan. The 1st act is full of an insane amount of terrible dialogue and drawn-out exposition. It’s extremely difficult to pin down the narrative of this film or what it is supposed to be. The genre changes so much, by the time you get interested, they already skipped over to the next genre. Serenity doesn’t know what the hell it wants to be. Is it a thriller? Is it a drama? Is it a Sci-fi? Don’t get me started on the dumbest twist in 2019. There are so many ways this film could have been interesting with better writing but Serenity is an all in all dud.

It only took 5 minutes for this film to piss me off. I don’t know what dumbass watched the opening sequence and thought to themselves “this is fine”. If you hate shaky-cam, you will debate on walking out on this film before the opening credits. This was not shaky-cam, this was earthquake cam. On top of that the film’s focus was so bad it gave me a literal headache watching it in theaters. Kumail Nanjiani isn’t a Beta male in this movie, he is a Zeta male. Dude is softer than a wet baby ass. If you were to slap an ice cream cone out of his hand, this bama would cry. This dude literally gets cucked out for the entire film and I’m supposed to feel sorry for the 40-year-old butter-soft biscuit who can’t tell a woman who he’s known since high school that he likes her? Hard Pass on everything about this film.

Director Jay Roach and screenwriter Charles Randolph created a hit piece on Fox News that even the people furthest on the left can’t even stand. When you tell a story that is supposed to sympathize with the women who work for the devil (Fox News), your progressive audience hates them too much to sympathize with anything. Not only do you fundamentally fail at storytelling because of it, but it then begs the question, who the hell is the film? All you succeeded in was making a movie that can’t be enjoyed by anyone. Nicole Kidman and Margot Robbie offer nothing special and Kate McKinnon gets less funny with every role. Bombshell’s hypocrisy is too much to be taken seriously by anyone.

Cats may go down as one of the biggest blunders of both the 2010s and the 2020s. This film is going up in a ball of flames and the sad part is there isn’t even a “so bad, it’s good” buzz going for it. It’s just trash. The visuals of Cats are inexcusable making films like Foodfight look like a modern era masterpiece, by comparison. It reaches a point where it gets difficult to look at the screen due to how jarring it is. Attention to detail is thrown out the window in both the visuals and the script. You don’t know what is happening or what universe this takes place in or what the point of this film is. Every time you reach the edge of taking a cyanide pill, another musical act takes place sung by an actor who is just good enough not to have dogs howl at them. When it comes to the NFL, every now and then a team plays a game so bad that you have to bury the football and forget that game ever happened. Cats is the buried football of cinema. 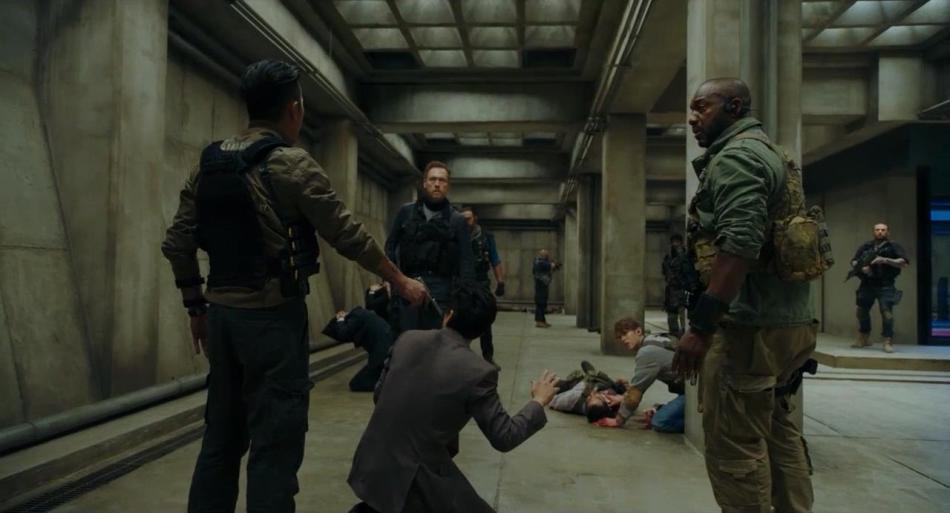 North Korea, South Korea, United States, China…I can’t tell you what the hell is going on in this movie because I walked out 30 minutes in. A film that absolutely fails to establishes a plot or a narrative in its first act cannot be redeemed. Not to mention, the film is subbed…in English, The parts of the film that is in Korean are not subtitled, some of the worst camerawork I’ve ever seen in my life dominate the 1st act, none of the characters are likable, and the first half-hour of the movie takes place in the same location. Take Point is a film that borders on experimental college project.

Terminator Dark Fate is an unoriginal disgrace on just about every level. The very fiber of this film comes off as someone who is ashamed that the foundation of this franchise does not fit their current day intersectional feminist worldview, so they decided to change it by repealing and replacing everything they felt was problematic with more progressive friendly elements. Terminator: Genisys felt like a god awful fan film that damaged the legacy of its predecessors, Terminator: Dark Fate will make you write a full-fledged double-sided apology to Christian Bale and Kristanna Loken for every horrible thing you ever said about them and their films because yes…it did get worse from here.

A film made for black people to watch, see police officers as evil racist murders so they can nod in approval and say “Yep, that’s how they treat us”. There are four different scenes in this film were a police officer aggressively slams down a black person who was literally doing nothing and the second the black person says a syllable, the cop points a gun at their head. This happens FOUR TIMES within the first hour of the movie. Black and Blue is a lovely peaceful action movie that will surely do nothing but bring police officers and the black community together and make them more understanding and accepting of each other’s differences leading to an era of harmony…

Black Christmas (2019) is so woke, it’s fucking asleep. I’m old enough to remember a time when feminists at least put the effort to pretend that misandry wasn’t a prerequisite to their ideology but the gloves are thoroughly off. Black Christmas 2019 spends so much time lecturing you about how bad the world is for women, it forgets to be a horror film. The horror is about as scary as a baby playing with a kitten. Remember, the filmmakers intentionally made this PG-13 so more impressible teen girls could be indoctrinated by social justice, a decision that makes the movie an absolute nightmare from an editing standpoint. Black Christmas (2019) manages to be the worst film of a franchise that wasn’t good, to begin with, because it’s a substanceless pseudo girl power flick stuffed with feminist buzzwords. 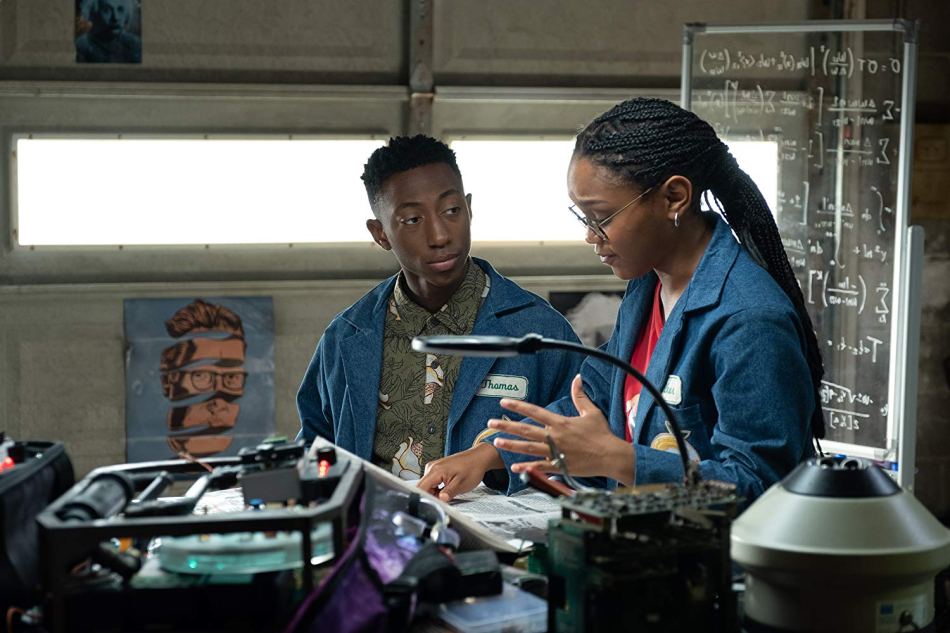 See You Yesterday is an activist film masquerading as a sci-fi movie. The entire ‘sci-fi’ element of the movie revolves around our borderline unlikeable protagonist (who doesn’t grow or learn anything throughout the entire course of the film, but she is really smart) going back in time only to see someone close to her get killed by a cop. According to progressives, this is the black experience and this is why the movie is lauded by critics. As an audience member, there is nothing enjoyable about such a divisive message like this. There is no escapism, there is no entertainment value in a film that suckers you into a progressive lecture at the cost of $15.99 a month (Netflix), they don’t even have the decency to give you an ending. That’s right, the film has NO ENDING. At the end of the day, you are better off getting robbed in real life because at least then you have something exciting that would have happened to you in the course of 80 minutes.

Honorable Mentions For Worst Of 2019