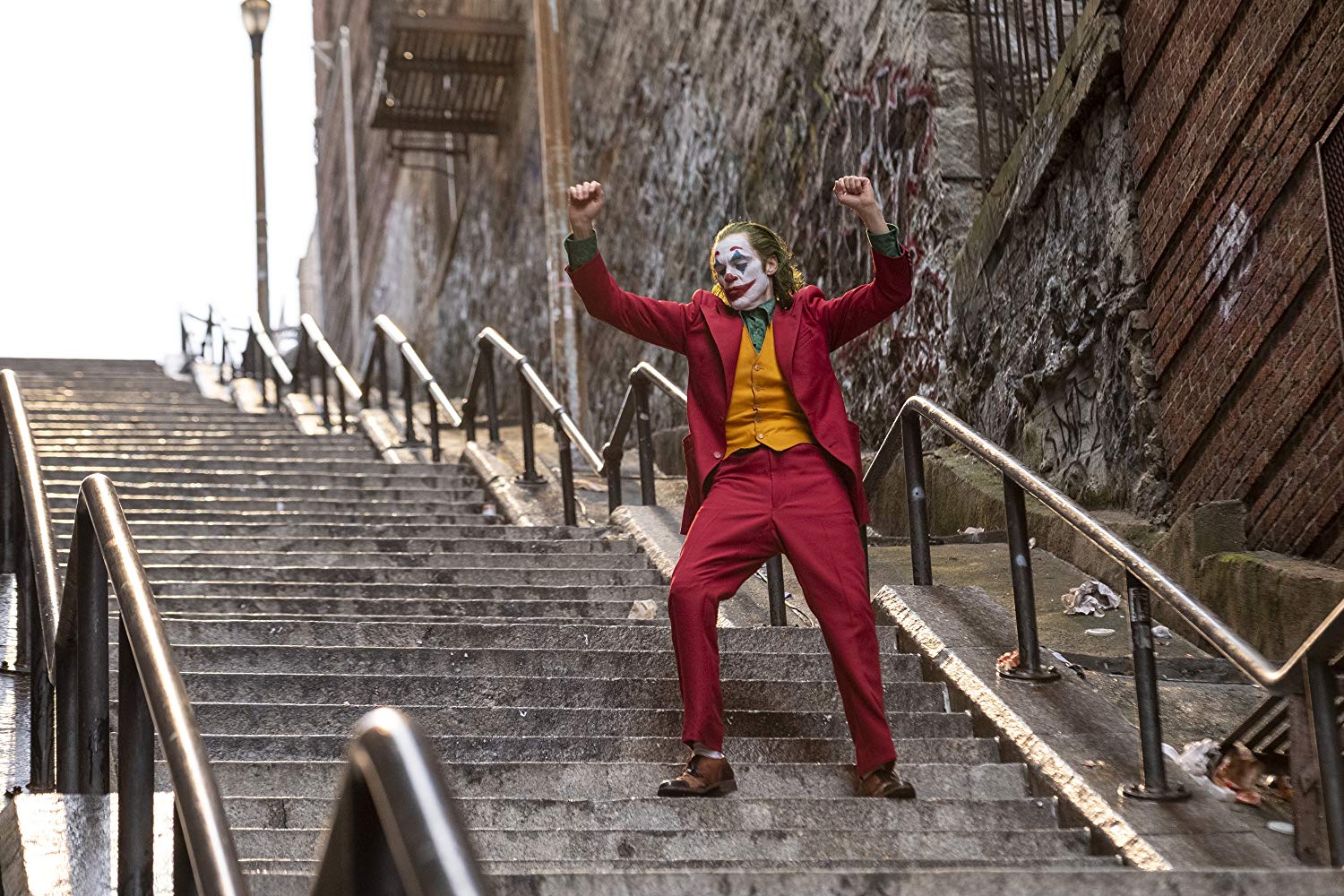 Joker is easily the best comic book film in the last five years, arguably longer. The film is a certified home run for people looking for more than just a cookie-cutter comic book film that we have been accustom to.

“You’re just one bad day away from being me”

I can’t remember a film that was unfairly targeted by so-called respected members of the media as this film has been. If you had listened to media outlets in the last few weeks, you would have thought that white dudes in MAGA hats wearing clown makeup were going to take you hostage as you were watching this film. Warnings from our own military as well as inquiries by law enforcement would have led you to believe that Joker is the most dangerous film ever created. Simply watching this film could potentially inspire someone to commit mass waves of atrocities. I’m here to tell you that you were all bamboozled. Not only is Joker arguably the best comic book movie of the last decade, but the hysteria behind the movie is one massive con created by the media.

If your idea of a comic book movie is something out of the Marvel Cinematic Universe with witty jokes, colorful posters, and millions in CGI; you will be disappointed because this is a different kind of comic book film. Joker is a story about a broken man with mental issues who didn’t want to see the world burn, but just wanted the world to know that he even existed. Joaquin Phoenix plays Arthur Fleck, a poor stand up comedian who takes odd jobs as clown throughout the city. Arthur lives a life of misery and the only two things that put a smile on his face are his mother and his love for late-night comedy. But one bad night, not only pushes him in a direction of infamy but changes the future for the entire city of Gotham.

An early concern with a character like the Joker was whether sympathizing with him was a good idea. This leads to one of the many misconceptions of Joker in the eyes of the media. The media doesn’t believe that you can sympathize with someone’s road to bad behavior while understanding that said behavior is still bad. People who have abused others were likely abused themselves, this doesn’t justify their actions, but you understand how a person ends up in a dark path. That is the theme of this film, you see the dark road that Authur takes which turns him to Gotham’s most notorious criminal. While you may sympathize with how he got there, you still understand that he is a criminal and a danger. The media doesn’t believe you understand right and wrong because their morality doesn’t match yours.

Joaquin Phoenix is a Rockstar who knocks this film out of the park. It is up to the viewer whether you believe his performance is better than Heath Ledger but you will definitely wonder what the hell Warner Bros was thinking casting Jared Leto (and looking at the cast of Birds of Prey, it looks like they haven’t learned anything). It takes a dying breed of method actor to pull off this role and you can see the stress physically and mentally Phoenix went through to bring this character to life. Joker’s descent into madness is both gripping and entertaining. The ending of this film is one of the most intense and well-acted sequences in the last few years and despite being a douche in real life, Robert De Niro deserves major credit. He isn’t in the film much, but he leaves a mark for every scene that he is in.

So let’s talk about the elephant in the room. The talk surrounding this film was that it was going to drive people off the edge and cause mass violence. Some of you probably saw this film in a theater with beef up security. Some made a stink about the film premiering on the same day as the anniversary of the Las Vegas Shooting, an incident that has nothing to do with this film. Even the Aurora, Colorado movie theater where the horrific 2012 mass shooting took place refused to show this movie and folks, you were all lied to. There is no simpler way to say this, the fear surrounding this movie is pure bullshit and here’s why.

The media never cared about incels which have now become a code word for Osama Bin Laden, this whole thing was a farce, the media tried to scare everyone away from watching this movie weeks before it’s release because the real bad guys in this film…was them. In the film, Joker inadvertently inspires a radical movement against the rich. Three white upper-class wall street type males are murdered and in response, a radical, violent movement is created by guys wearing clown and black masks. The rioters attack police officers and hold signs such a ‘resist’, ‘fascists’, and ‘Kill The Rich’. It doesn’t take long to understand that the rioters look a lot like the far-left attack dogs also known as Antifa. The group that members of the media want you to believe are fair and just are the silent antagonist of the film. Joker exposes how media sensationalism is the danger that inspires mass shooters and other acts of violence. When the progressive media saw Joker, they didn’t see an army of white male incels committing acts of mass violence, they saw the bad guys who looked a lot like them, they saw themselves and proceeded to freak out.

For a film industry that by and large loves to display right-wingers as evil and immortal in nearly every form of media, these same people freaked at the notion that someone could view them the way. They knew Joker was a massive film that had major buzz coming out of the Venice International Film Festival and with the movie tracking at 110 million dollars at one point, they saw that that millions of people would potentially view them as villains. So out of left field, the media completely cooked up a narrative to convince people the film was dangerous in a Hail Mary attempt to scare them from watching it. The giddiness that people had of a potential tragedy that they could blame on this film is one of the most deplorable things from people who have no business being in a position of influence over anyone has ever done. These people manufactured a controversy in order to torpedo a film that portrayed their ideology in a negative light and shame on everyone who pushed that garbage.

Do not listen to the shills and the ideologues, Joker is easily the best comic book film in the last five years, arguably longer. The film is a certified home run for people looking for more than just a cookie-cutter comic book film that we have been accustom to. The film is an amazing character study and is by far the best film of 2019 thus far.