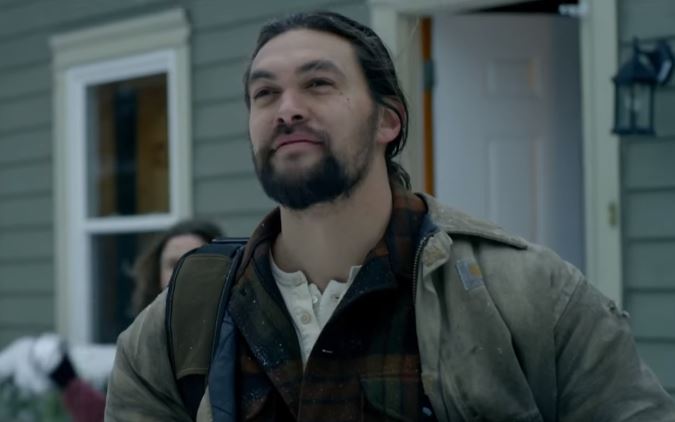 Before his major action film, Aquaman is due out in theaters later this year, Jason Momoa stars in a small budget action film named Braven. Set in the brutal frozen conditions of Newfoundland, Canada, our story begins with a logger named Joe Braven (Momoa) and his family. While trying to balance an honest living, struggling to take care of his father (Stephen Lang) and his declining health, Joe is inadvertently caught in the middle of a drug trafficking scheme gone wrong. Braven must fight off a ruthless criminal organization that isn’t looking to negotiate a misunderstanding while defending his family from danger.

This isn’t the Jason you are used to seeing in action films. The character he plays here is a humble, hard worker despite having a name that would only rival ‘John Fist’ in action movie greatness. His character is a fighter, but not your typical action hero, much of the film has Braven struggling to get the upper hand on his foes which humanize him and makes the film a bit more believable than a guy who would just run through his enemies like butter. The film is very much a survival movie as our heroes are outmanned and outgunned in the woods. Director Lin Oedig, who is making his directorial début, uses some very interesting methods of survival in a not so original premise. Everything from Bear traps, flaming axes, and arrows are used as methods of defense. Even Braven’s family refuses to go down without a fight, doing away with the clichés of a defenseless family in a sea of thugs.

Momoa and Lang try their best to build an emotional arch throughout the story, but their best scenes are when they come together and add the body count rather than trying to hash out their differences. Braven is a solid low-budget action film that works with the confines of what they have and delivers against the clichés you expect.