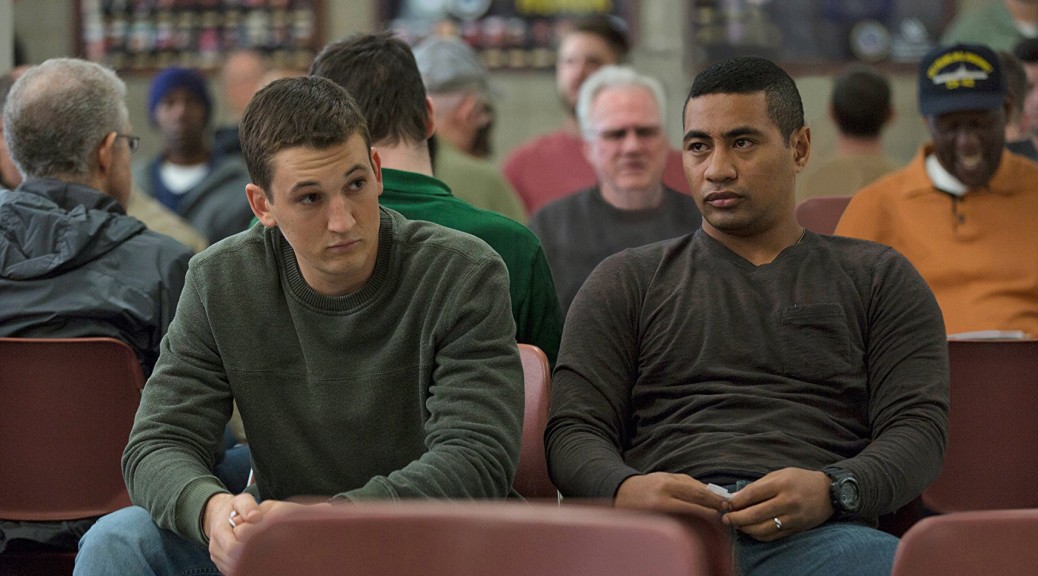 I think I’ve watched the trailer of Thank You For Your Service enough times to know the lyrics to Rag’n’Bone Man’s ‘Human’ by heart. If you have seen the trailer, you know this is not a film for the weak of heart. Thousands of US soldiers put their lives on the line every day to protect the freedoms and liberties of this country and sadly we don’t do enough to properly repay them for their service. As much as people in Washington D.C. debate about healthcare being ‘a human right’ if anyone deserves quality care free of charge it is our servicemen and women. Screenwriter Jason Hall makes his directorial debut in a film to discuss two seriously important issues, PTSD, and veteran suicide.

Thank You For Your Service begins with a trio of Army soldiers coming back home from a tour in Iraq. The boys are back home, but their real fight begins, all three soldiers suffer from PTSD after a couple of attacks causes the death of their superior. When one of them commits suicide at a bank, Specialist Tausolo Aieti (Koale) and Staff Sergeant Adam Schumann (Teller) must admit their problems and go to the VA for help. Sadly, they discover even though they need immediate help, the government-run system is less than adequate for their needs. With their problems growing and solutions shrinking, the guys endure their toughest fight for life in the transition to being a civilian.

The film is a window of a real-life problem that is largely ignored by society and sadly parts of our government. 22 veterans commit suicide every day in the United States of America. The high suicide rate has much to do with the fact that the military isn’t not properly taken care them when they return home. Many vets sit on waiting lists for months to get basic healthcare and they don’t get the proper mental health treatment when they return home from war. Not only is the problem at a government level, at home families don’t have the proper help they need to deal with these issues. Vets don’t know how to ask for help and families don’t know how to ask the right questions. The issue of drug abuse is also discussed in the film, an all too real issue given the current opioid crisis.

This film is less about entertainment and more about bringing attention to the mistreatment of veterans going back many decades through many administrations. Teller did a much better job here than in last week’s Only The Brave at playing a soldier fighting his demons. Amy Schumer of all people has a small role as a widow and she plays a much more tolerable role than seen in her comedies. Beulah Koale is the breakout star here as his character is suffering the effects of a brain injury and it goes to show how painful it is for loved ones to not be able to help no matter how hard they try.

This isn’t a movie for mainstream audiences, but if there is someone who I hope watches this film it is someone from the Trump Administration. Veteran care in this country has a long way to go and the first step in fixing it is doing so from the top down. Anyone who goes to war to fight for our country should be first in line over anyone else to get the care they deserve. Thank You For Your Service isn’t a pro-military film, but it has one of the most pro-military messages of the year, help out vets.

5 comments on “Thank You For Your Service Review”