Skip to content
Christopher Nolan makes up for a bloated disappointing Interstellar, with a film that excels in cinematography, sound, story, acting, and relevance. Dunkirk is easily one of the best films of the years and it didn’t take 2 hours and 50 minutes to do that…take notes. 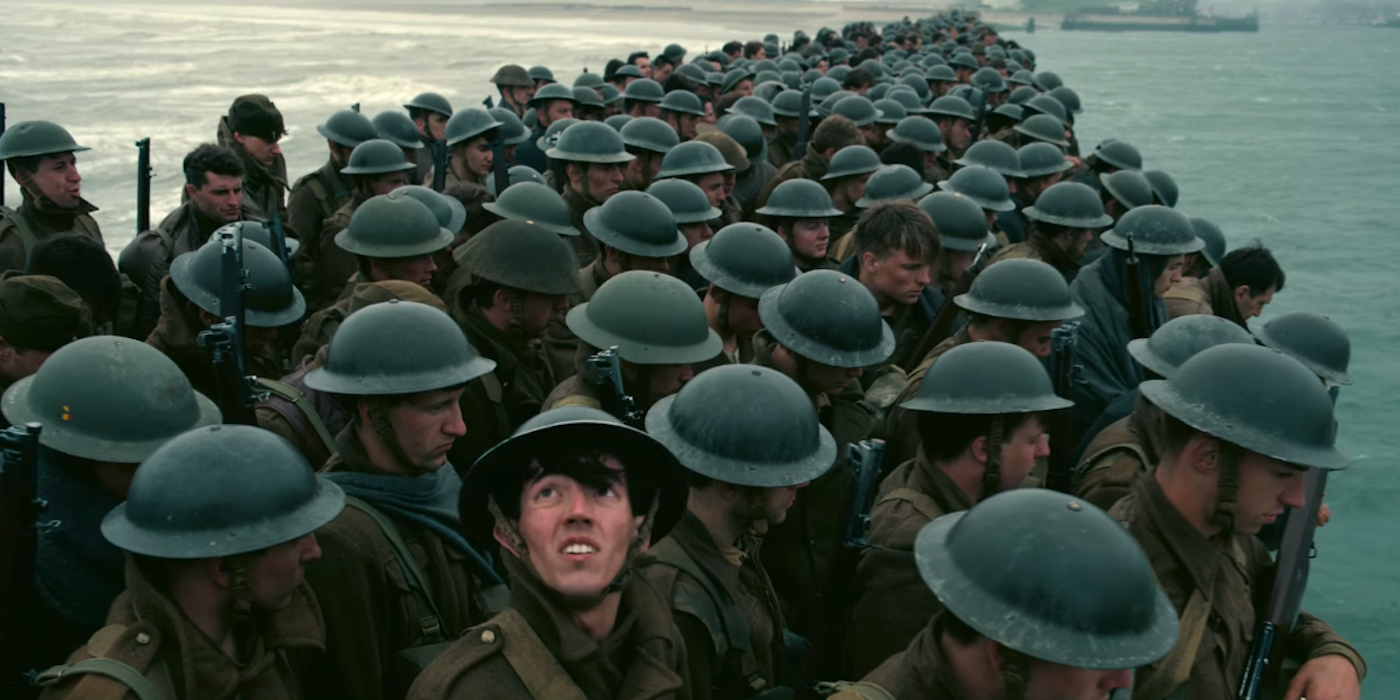 When I discovered the latest project from director/writer Christopher Nolan titled Dunkirk was only 107 minutes long, I was stunned. Usually, his films are about 30 minutes short of hostage situations. It’s odd how he chose his first two-hour film in 15 years to be about the Dunkirk evacuation. For you history buffs out there, Battle of Dunkirk took place during WWII in 1940, the Allied forces in Europe fighting Nazi Germany finds themselves overrun in France and desperately seeking escape. The Germany forces are wreaking havoc on the British and French forces ships with precision air strikes and escape seems to be downright impossible without the help of civilian’s boats and some very crafty fighter pilots.

Right off the bat, this film puts you straight into the deep end of the war before you even settle into your seat. A concern of mine right before watching this was the ability to portray the brutality of war with a PG-13 rating. Hacksaw Ridge was able to do it with a Hard R rating last year. However, that is not an issue here. Christopher Nolan perfectly reenacts the intensity and despair of war, even without the use of blood. The film is told from three different perspectives: the foot soldiers desperately trying to flee the beaches of Dunkirk. You have a civilian boat going into the war ridden seas to aid the allied soldiers. Finally, you have the perspective of two Royal Air Force pilots, including Farrier played by Tom Hardy, as they try to shoot down as many planes as they can before running out of gas.  This isn’t your typical movie that has a climax and a solution. The only story here is survival and just like the film states ‘survival is enough’.

The sound editing is something you notice early and often as the intense sounds of gunfire cause massive anxiety for the audiences. You don’t know where the next shot is coming from and you can never relax because the pacing of the movie comes like a tidal wave of dread. An interesting, creative decision here is despite knowing who the enemy is during WWII, you never see a single German soldier, not even a Nazi Germany flag is present. The closest you get to an enemy is the aerial assault from many jet fighter.  The absence of a physical enemy doesn’t affect this survival film one bit if anything it strikes up more paranoia as just like the soldier, you have no idea where the next threat is coming from.

If there is one downside Dunkirk it’s that the constant sight of soldiers being attacked can be repetitive and emotionally be draining for the viewer, but simply put, this is a story about the unsung heroes of WWII both with and without a gun. If the evacuation from Dunkirk had failed, history would have a much scarier outlook than today. Christopher Nolan makes up for a bloated disappointing Interstellar, with a film that excels in cinematography, sound, story, acting, and relevance. Dunkirk is easily one of the best films of the years and it didn’t take 2 hours and 50 minutes to do that…take notes.