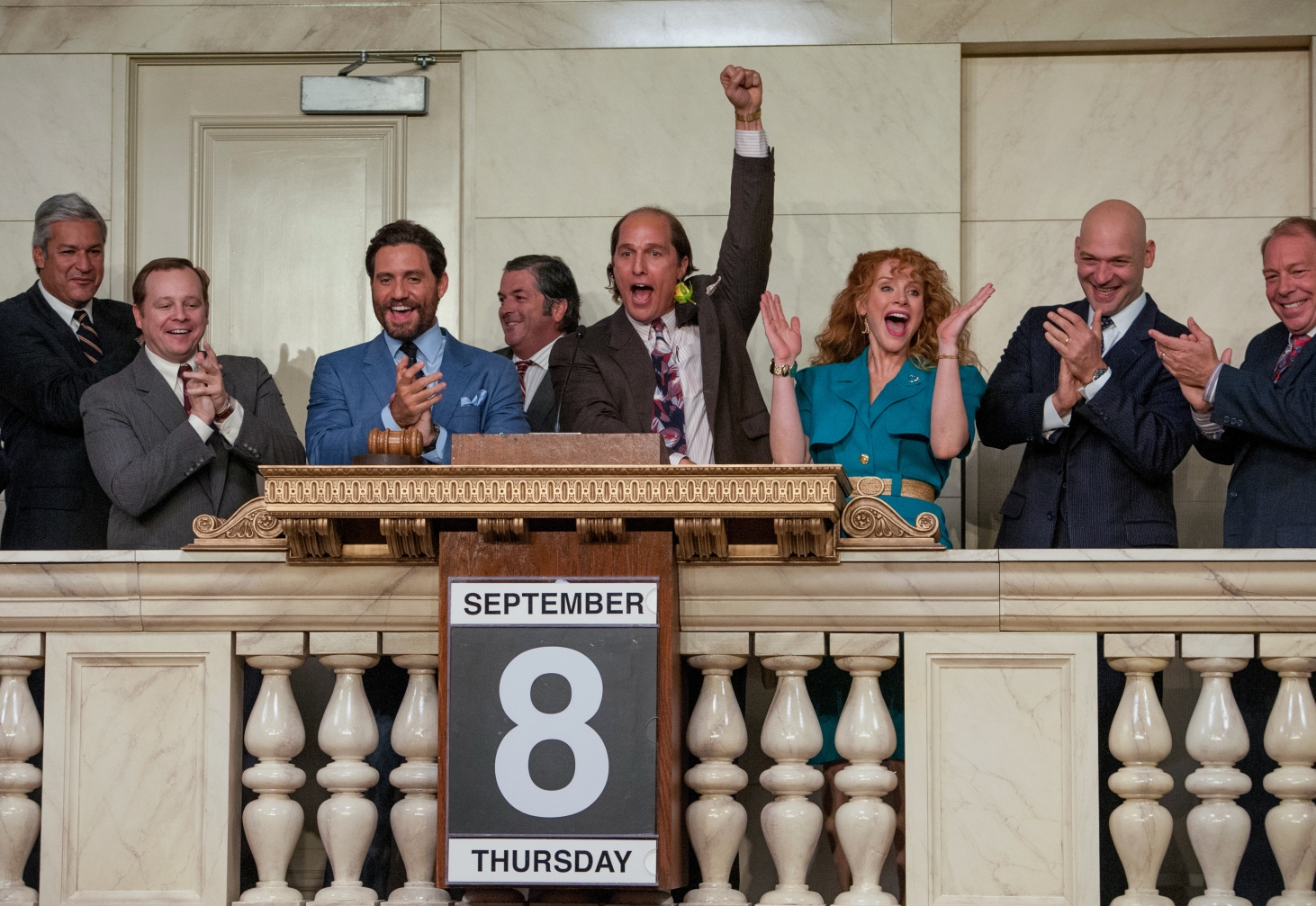 Gold is a movie about the biggest mining scandal and fraud case of all time. Matthew McConaughey plays Kenny Wells, a struggling owner of a mining company who smokes so many cigarettes; I thought I was going to get Lung Cancer watching this movie. Wells falls on such hard times that his business operates in a local bar with about 3 employees under his belt. After having a dream about a Goldmine, he gets the inspiration to spend the last valuable items to his name and go to Indonesia and look for Gold with his business partner, geologist Michael Acosta played by Edgar Ramirez. The pair strikes a literally gold mine and overnight turn a local bar business into a 30 Billion Dollar superpower.

Only one problem, the gold isn’t real. Acosta faked the findings and ended up scamming everyone including Wells out of billions of dollars.  The story is pretty dry and uninspiring in the beginning; it takes a good 30 minutes to really get into the film. The film is a roller coaster of the high and low points of one Kenny Wells, a man so desperate for success he almost dies to get it and even when he gets there, it all comes crashing down again. Sadly, the film is not the Oscar bait that the studio thought it was and McConaughey gained 46 pounds for the role ultimately for nothing. Gold is technically weak but the acting is strong enough to bring the film around and end on a strong note. Much like The Founder, Gold is a story about ambition, persistence, and the American Spirit. While it’s not as good as The Founder was, McConaughey and Ramirez’s performances are enough to give this film a passing grade.