Skip to content
The year is finally over and it is time to rant about the worst pieces of shit to come out in 2016. Now I have to note that there were a lot of bad movies in 2016 but only a select handful of them actually made me upset watching them.

The year is finally over and it is time to rant about the worst pieces of trash to come out in 2016. Now I have to note that there were a lot of bad movies in 2016 but only a select handful of them actually made me upset watching them. One film I almost walked out on it was so bad. So I rated these films in order of how much they made me regret my choice in profession from 1-10. So without further ado, Here is the list of Top 10 worst movies of 2016 with some Honorable Mentions.

Just making the list is a film called Nine Lives; I don’t know who in Hollywood decided a film about a talking cat with an assortment of C-List actors would be good enough to spend 45 million dollars on but someone needs to leave Seth Rogen’s old office because they are high as a kite. Kevin Spacey stars in what is surely the last opportunity he will ever have in a major feature film again. You add in Christopher Walken it is isn’t a surprise the film was pushed back 4 months to avoid a major financial loss vs. the summer movies. The film was panned by everyone without a brain because the people with one didn’t watch this movie in the first place. Believe it or not, the list only gets worse from here so enjoy this moment because Nine Lives will look like Citizen Kane compared to other movies on this list. 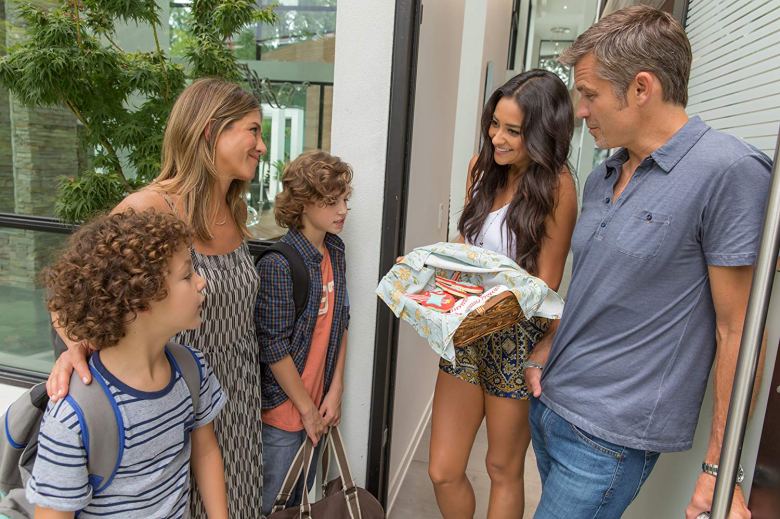 The next movie is so bad that the director Garry Marshall died a few months after it’s release. It’s probably for the best seeing how they were running out of D-list holidays to make a Romanic comedies about. So hopefully this means Flag Day isn’t in the works. These types of films need to die. Gathering an ensemble cast of way too many actors has been the trend for a w but you have to believe the actors are just trying to pay off their car notes and would have rather done a KFC commercial if given the choice. This is a movie that tries so hard to be a Hallmark movie but doesn’t have the quality to be on Pop TV. Let’s hope this is a trend that Hollywood lets die.

You’ll notice that the rest of the list is full of ‘comedies’ and you notice that it’s mostly the same culprits that are responsible for this crap. Mainstream Comedy has officially reached the level of no return. Office Christmas Party is another rehash of the idea that having a good time means lots of drugs and unnecessary crudeness. The film is full of semi-unfunny ‘comedians’ attempting to improv their way to the end of the film while a half-baked plot takes place in the background. A film which expects you to believe that T.J. Miller can lead a successful company, Olivia Munn is an expert computer engineer and a film that will have you praying that Kate McKinnon never gets another role in a comedy again. Office Christmas Party is a complete misfire that still manages to be 20 minutes too long.

Robert De Niro is getting too old to be doing films like this because God forbid that he dies and his last movie is something like Dirty Grandpa. A film based on the sole plotline of Zac Efron trying to get his horny grandpa laid during spring break. This film is a textbook example of toilet humor marketed to the lowest common denominator. If Zac Efron wasn’t ripped, his career would be dead because his choices of film have been downright awful. The nudity in the film is not sexy is downright obnoxious. They even had the nerve to try to give this film a happy ending by giving Robert De Niro and Aubrey Plaza a love child. If you are a fan of old dirty men saying old dirty things for 110 minutes maybe this is for you, but I doubt it.

There might not be a worse genre of films right now than parody movies. If it isn’t Aaron Seltzer and Jason Friedberg testing your will to live, it’s Marlon Wayans. In the film that turned out to be Florence Henderson’s final film before she died, this movie sets a whole new standard for failure. I mean when you do a parody movie of an equally terrible film called Fifty Shades of Grey and Fifty Shades of Grey turns out to be the better movie, it’s time to sell your home and leave town. Hopefully, these movies start getting downgraded to Crackle where it belongs because there is no reason for this trash to get major distribution when films like Kung Fury are on Youtube.

Now it’s time for the film that made you wonder “Was the first Zoolander movie really that funny?” I mean it isn’t difficult to be a funny movie weeks after 9/11 happened but when we got this sequel, suddenly we were too scared to go back and watch the first one outta fear we may think that was terrible too. Zoolander 2 was a painfully unfunny film packed with random celebrity cameos that couldn’t even get a chuckle outta you. Tons of comedic actors are in the film such as Kristen Wiig, Will Farrell, and Ben Stiller. When the best person in the movie is Benedict Cumberbatch because he’s the only serious actor willing to make a complete fool of himself for the role then Zoolander 2 is simply put a garbage filled Cash-Grab starring Has-Beens 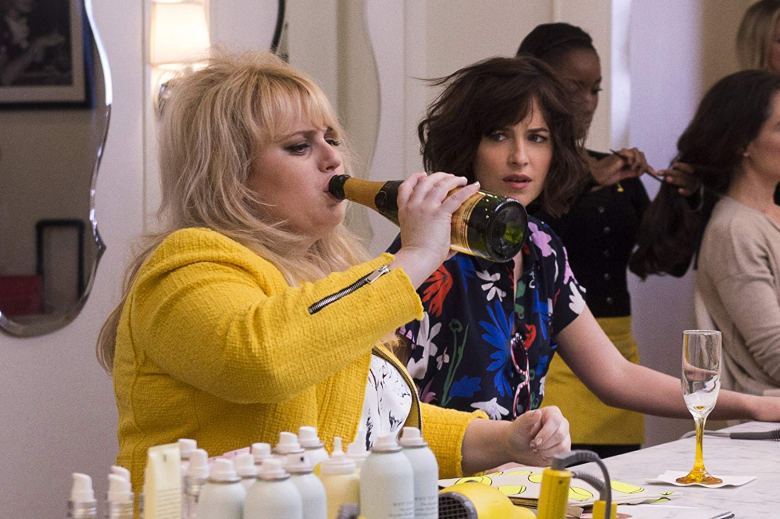 I haven’t walked out of a movie since the Black Christmas remake in 2006, this movie came VERY close to breaking that streak. How To Be Single is a story about a bunch of self-absorbed single women in New York City that has the audacity to present itself as a feminist rom-com with a sprinkle of empowering bullshit. None of these women are relatable at all and the main character played by Dakota Johnson main gripe is not being able to ‘find herself’ after College so she pointlessly breaks up with her boyfriend who proceeds to move on with someone else. The fact this movie wants you to feel sorry for this chick proves how out of touch it is and then they throw Rebel Wilson in here as the comedic relief but her shtick gets tired in about 4 minutes. The dialogue is terrible and the screenwriting is absurd. Good thing they didn’t give you a gun during this movie because you would use it to kill every girl in the theater under the age of 20 before turning it on yourself. 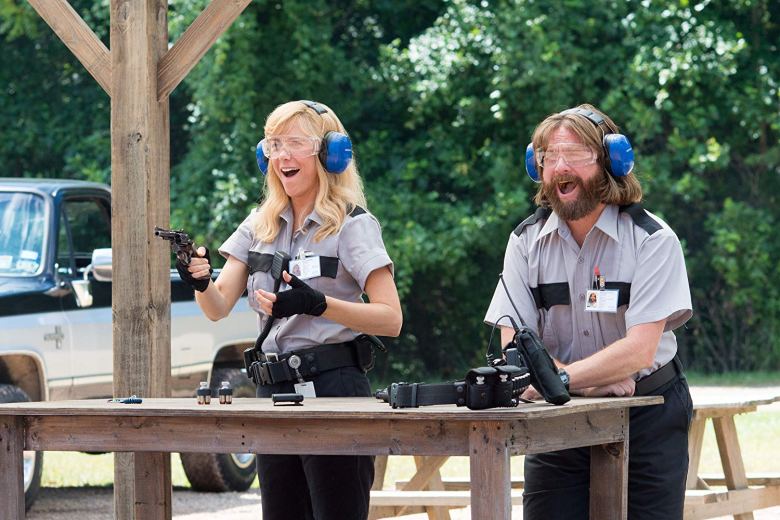 Masterminds might be the worst comedy of the year because it’s the only film I legitimately didn’t laugh once…ONCE. The only scene that got a chuckle out of me was a scene where Jason Sudeikis gun blows up in his face, that’s it. What makes it more insulting is that this film is based on a true story so real life people have to be associated with this film for the rest of their lives. The writing is on the level of stuff Saturday Night Live writers wouldn’t put on their show so you know it’s bad. Kate McKinnon, Leslie Jones, and Kristen Wiig prove that 2016 was not their year as the trio were box office poison despite all the hype. Note to self, avoid SNL movies going forward.

There are few movies that are so bad that I actually feel bad for the people who starred in them and The Brothers Grimsby is on that list. This film is just bad, too bad to be offended by. Sacha Baron Cohen’s act has been stale since Borat and when he’s not trolling people he’s writing pieces of crap like this. The film is just one gross-out joke after another. The jokes go from shocking to degrading real quick. I feel bad for Mark Strong having to take this role especially in a scene where they are hiding in an elephant’s vagina. Not to mention a running joke of giving people AIDS with leave you checking out your Snapchat page for something entertaining. In a different year, this would be the runaway #1 but unfortunately, something more sinister was released in 2016.

Finally, we reached the #1 shitty film of 2016. This film was going to be #2 on the list but a lot of stories have come out about this film after it’s release that I couldn’t give this anything else but #1. Seth Rogen movies deserve to be the worst of the year based on principle alone and Sausage Party is no exception. Seth Rogen is exactly what’s wrong with mainstream comedy today. The same recycled dick jokes, drug references, overused cursing, and a gay joke or two but Seth thought it would be funnier this time around because it is animated. Not only is Sausage Party filled with racism, smugness, and a big fuck you to whatever you choose to believe in but shortly after the release, reports came in about animators at Nitrogen Studios working under poor conditions and working overtime without pay. This led to 36 of the 83 animators being blacklisted and uncredited due to their complaints. So not only does this film get my biggest fuck you based on film quality but treating the poor people who worked on this film like shit as well.

Honorable Mentions For Worst Films Of 2016: