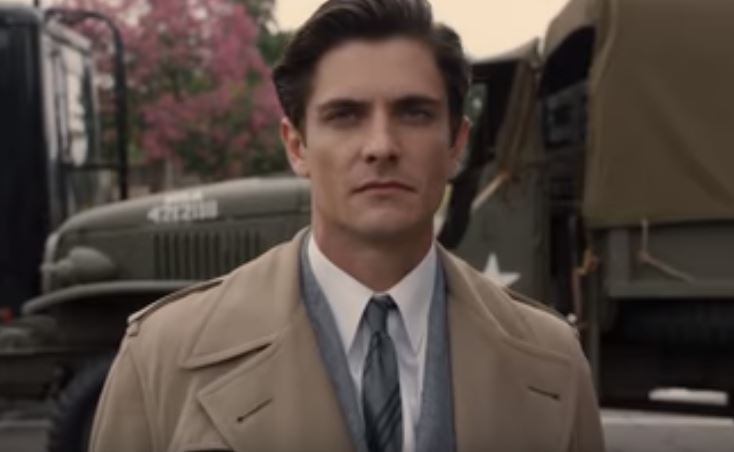 The ability to forgive someone is one of the hardest things to do in life and redemption is one of the hardest things to achieve. Unbroken: Path to Redemption cites Matthew 6:14 “For if you forgive other people when they sin against you, your heavenly Father will also forgive you.” This was the choice that World War II veteran Louis Zamperini had to make to save himself and his family.

Now don’t get this film confused with the 2014 Angelina Jolie directed movie Unbroken about the same man. This movie doesn’t retain any of the same cast and even though Universal Pictures retains the rights, Pure Flix is the distributor meaning this film has more to do with faith than war. Returning home from World War II after being feared to be dead, Louis Zamperini (Samuel Hunt) tries to reclaim the man he was before he spent 45 days at sea and countless months tortured at a Japanese POW camp. Despite finding the love of his life, his demons have carried over from the war, taking over his life and bringing him to the brink of collapse.

You can tell that the filmmakers had a problem balancing themes because surprisingly the faith-based elements of this movie really aren’t presented until the 3rd act. Unbroken: Path to Redemption focuses most of its plot on World War II veterans dealing with PTSD during a time our country wasn’t probably equipped to treat it. In many ways, we still haven’t figured out the plight of Post-traumatic stress disorder including the current state of many of our VA systems. While this is based on a true story, you can feel the authentic struggle that many combat veterans go through that puts a strain on their lives and their families.

What the Angelina Jolie’s film didn’t do was dive into Louis Zamperini’s fallout of alcoholism, spousal abuse, and path to Christianity. This film addresses those issues but doesn’t give you enough information about his past at war and in Japan leaving you with not only pacing issues but an overall story that feels incomplete. You can’t assume that everyone has already seen the first film especially when this product is essentially a low budget sequel. The story isn’t bad and for the most part, is well acted but you feel the movie skipped some very important chapters in context.

What makes this film work is the visual storytelling of Zamperini’s nightmares and putting you in the mind of a damaged veteran. The cinematography and costume design goes a long way in helping the film’s authenticity. While I believe the film contains more good than bad, you can’t overlook that fact this film could have done a much better job presenting the faith element in a way that doesn’t clash with the first two acts. All in all, Unbroken: Path to Redemption is a heartwrenching story about a great man that definitely needs improvement.