Skip to content
While the overwhelming majority of decent human beings gave their condolences to the families of the victims, Washington Post journalist Felicia Sonmez along with many of her peers felt like it was a good time to remind the world about his 2003 sexual assault case within hours of his reported death. 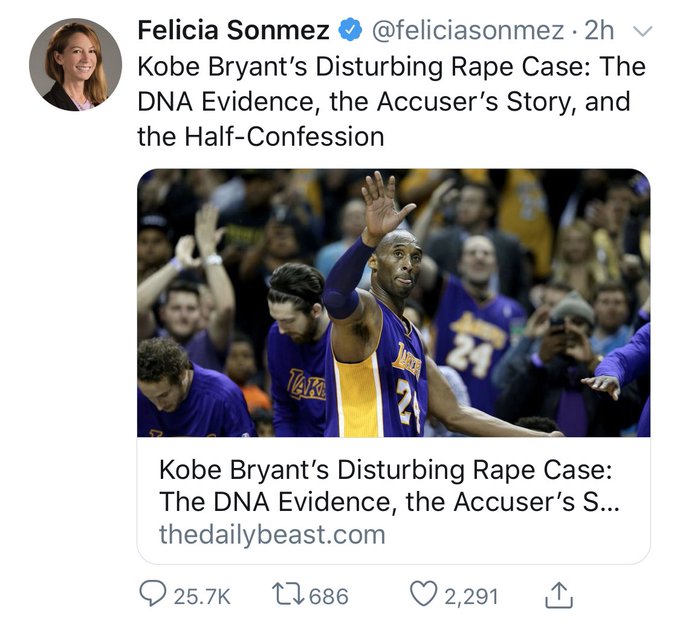 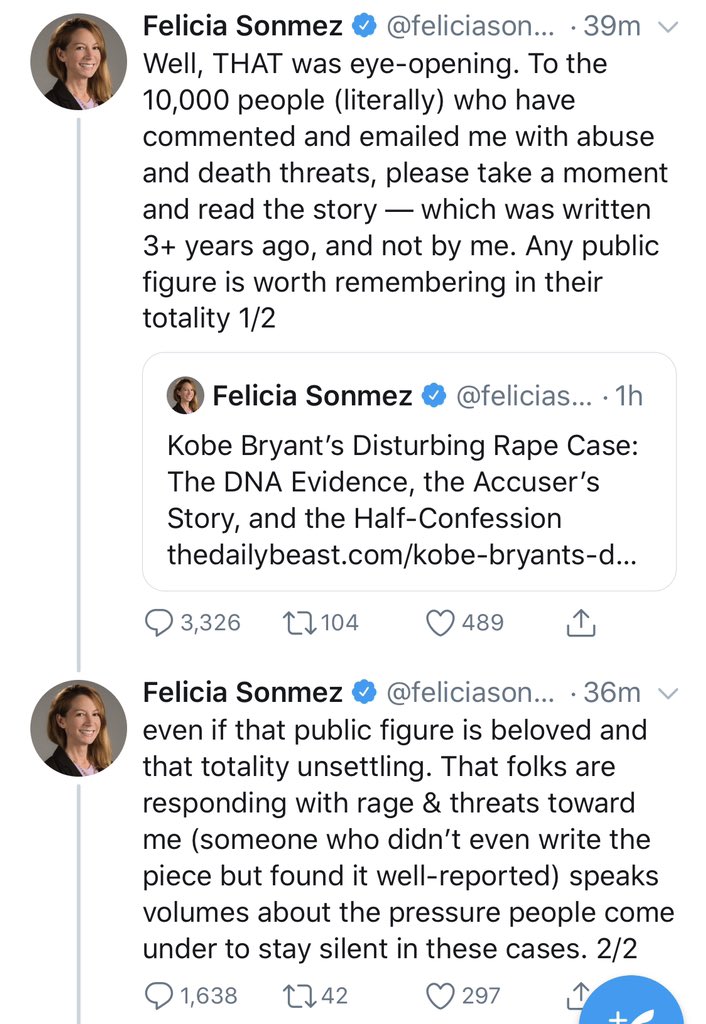