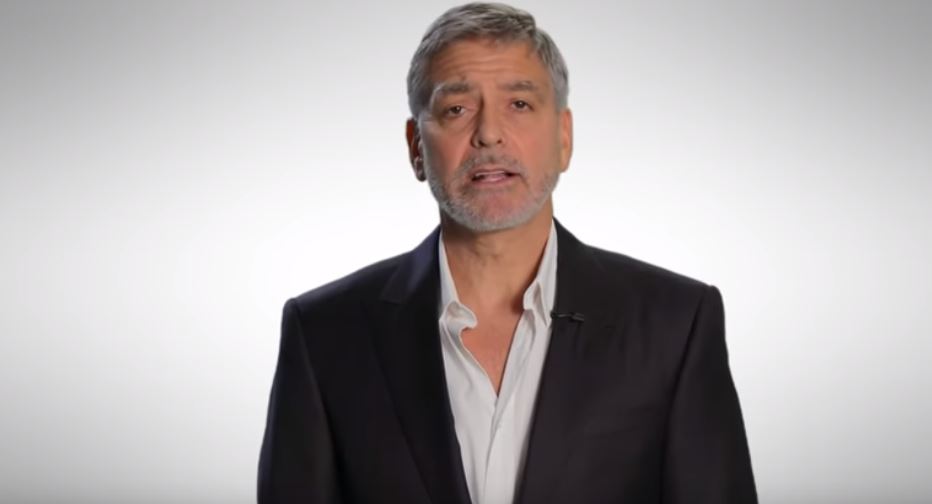 The man who famously claimed that there wasn't going to be a President Trump is now vowing to raise money for anyone who can beat him.

“I’m going to stay out of the primaries, but I’ll fundraise for anybody that is out there that’s interested in trying to make this president a one-term president,” Clooney said.

“I feel like part of the lessons you learn as you get older is it’s probably best not to commit in a primary, now. At this point in the primary, we have to kind of see who ends up being the nominee so that you can really support them in the general and I think that’s a better move.”

Clooney continued, by condemning third party candidates who can hurt the Democeats chances in 2020. “We just have to not have third party candidates like Howard Schultz,” he said, noting that in 2000 “Ralph Nader took out Al Gore when he took out thousands of votes out of Florida and Gore lost by 400. Those have consequences, those kinds of moves.” Earlier this week, Clooney teamed up with late night ‘comedian’ Jimmy Kimmel to attack Trump and other Republicans about the topic of climate change.

“‘Dumbfuckery’ is very dangerous, infecting the minds of even the most stable geniuses” George Clooney continued just as the camera panned over to a clip of President Trump joking about windmills and climate change.

Back in 2016, Clooney during the Cannes premier of his film Money Monster said that “There’s not going to be a President Trump, that’s not going to happen”