In a world where comic book stores are trying to figure out why they are rapidly going out of business, The Hollywood Reporter is supporting a new six-part series called White. The latest project by Kwanza Osajyefo (which I’m sure is going to improve race relations and bring Americans together) has officially been announced as the sequel to the acclaimed (citation needed) series Black. This time, the plot revolves around a racist white President of the United States of America in a world where only black people have superpowers. 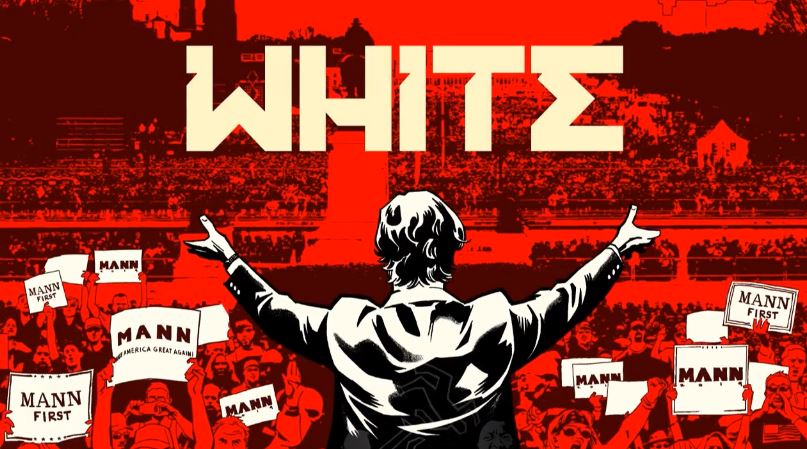 In the official Kickstarter, White asks the question:

“How does a nation struggling with a history of racial inequality cope in a world where only black people have superpowers?”

The main person standing in the President’s way is X –  once known as Kareem Jenkins – who has become a symbol of resistance against the Mann Administration. X’s one-man opposition has thwarted Mann’s efforts both public and private, drawing attention away from X’s teammates in THE PROJECT so they can save empowered blacks from government capture.

Yes, because in a world where only black people have superpowers, they are still at such a racial disadvantage in current day America that white police officers commit mass murder against them for simple recreational activities (Yes, this really happened). It is amusing to watch progressives decry racism, bigotry, and hatred yet praise outlets who promote the exact same thing as long as it’s coming from the opposite direction.

Osajyefo posted on his Twitter page an image stating “The definition of racism taught to white people makes it implicitly difficult from them to understand it” which means the textbook definition of racism which is “prejudice, discrimination, or antagonism directed against someone of a different race based on the belief that one’s own race is superior” is inconvenient to progressives because they match that definition more than their enemies. Osajyefo himself would clarify by saying that one of the reasons he wrote WHITE is because “we need to start having candid discussions about what racism actually is”

One of the reasons I wrote WHITE is because we need to start having candid discussions about what racism actually is. https://t.co/3qAjGgfMLX pic.twitter.com/cVBFHMQ9Oy

Because that’s why you buy comics, to be lectured about race relations so you can better understand your complicity in racism. Give Osajyefo credit however, he is looking to completely crowdfund his project unlike people at Marvel and DC who hijack established characters to push their political agenda on their readers. The goal for WHITE is currently set at $40,000, for reference that is just over what Rebel Media’s Martina Markota raised for her Lady Alchemy project, a project she funded without the promotion of The Hollywood Reporter and SyFy. WHITE is currently 20% funding.