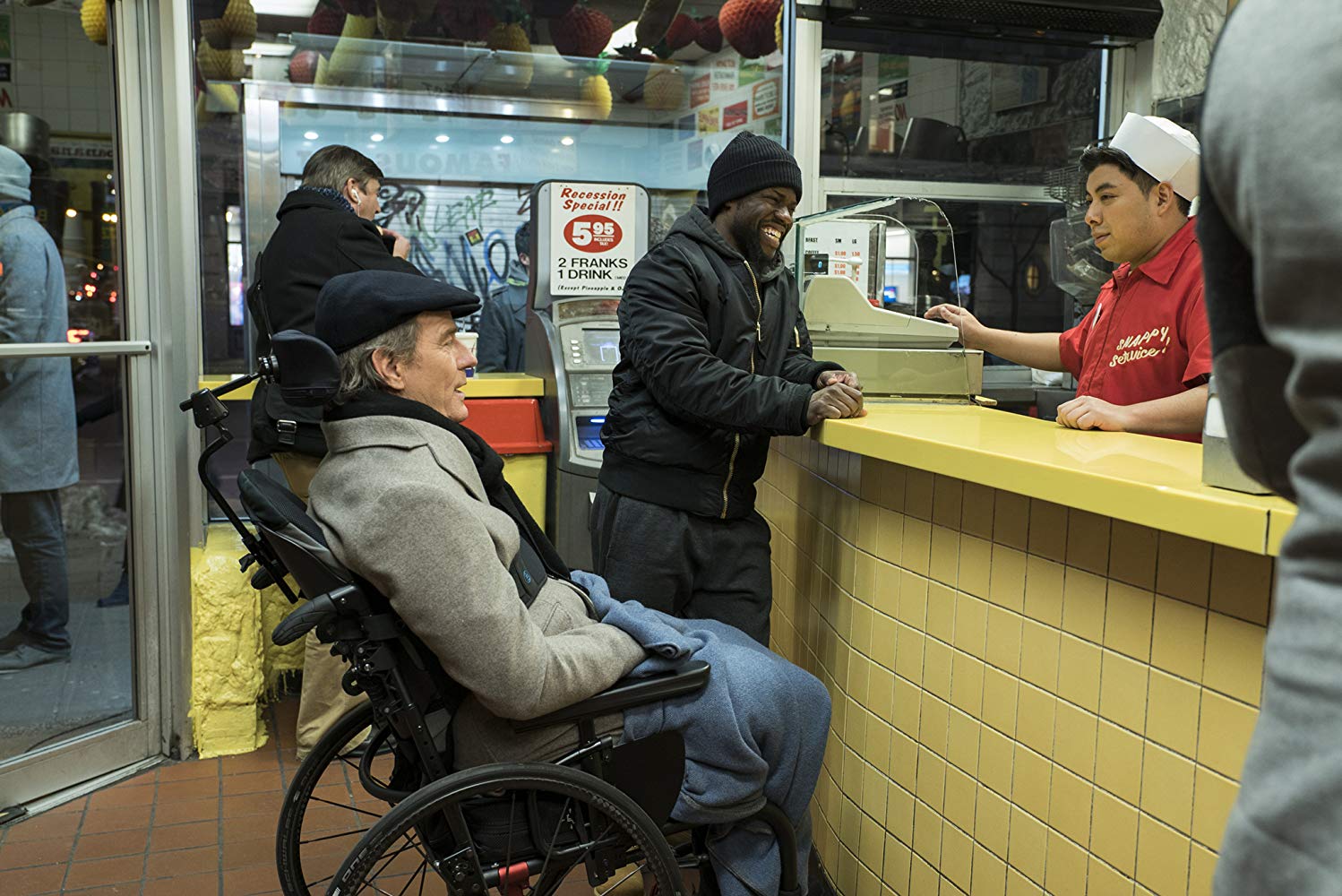 Critics have a hard enough time these days maintaining credibility in the face of being called shills for certain studios or even being criticized for being the wrong race and gender to review a movie in the first place. Fair or unfair, it is a bad look for the industry to turn into attack dogs that serve push the agenda of ideologues and I'm saying this as an openly biased critic. Is The Upside a great film? No, but it is a very good one but if you are waiting for mainstream critics to tell you that, you may be dealing with people who decided to sink the movie before it ever had a chance.

I wasn’t planning on doing a discussion about this film but after the events of this week, I realized that it had to be done. I don’t want to bury the lead here so before I get into why I believe that the progressive media are out to sabotage this film’s success, I want to talk about the film itself.

The Upside is a remake of the French film The Intouchables. Based on a true story, The Upside stars Kevin Hart as a down on his luck parolee, one day after gathering signatures for his work permit; he accidentally stumbles into an interview for the caretaker of Bryan Cranston who plays a paralyzed billionaire. Admired by Hart’s style, Cranston hires him and an unlikely friendship is created as both men try to help each other overcome their personal baggage and move forward in life.

The biggest complaint I’ve heard about this film (which I’ll address in a moment) is about how stereotypical it is. I don’t know how much general audiences are going to care about that because this is a very charming movie. The Upside is a very well-acted drama as the trio of Hart, Cranston, and Nicole Kidman sell the story. It isn’t a life changing one or a game changer in terms of cinematic relevance but it is definitely a crowd pleaser. Kevin Hart is funny without having to be over the top which is a very welcome change if you have seen a number of his last few movies. Bryan Cranston is never awful in anything he does and he is the perfect man to play off of Hart in this buddy comedy. Finally, Nicole Kidman brings humility to the film as she provides the emotional balance between both of our main characters. The film does get too hokey in the final act, not as bad as a Hallmark movie but there is definitely a shift into the cheese category. With that said, chemistry is king and The Upside is a certified audience hit.

Before I even walked into the theater, I started to notice what seemed to be a coordinated effort to take down this film before it even hit the general audiences. Now before you write this off as a conspiracy theory, you have to look at the chain of events here. Is it no secret that this film has been marred in controversy despite none of it having to do with the content of the movie itself. It originally premiered at the Toronto International Film Festival in 2017 and scheduled to be released in the United States in March of 2018. When the Harvey Weinstein scandal broke out, as a result, the film was pulled by The Weinstein Company and redistributed. In 2017, the film sat at 54% on Rotten Tomatoes with mixed reviews.

Fast forward to 2019 and it appears that people are taking out their frustrations on a certain star of the film. Kevin Hart, who weeks ago was the target of vicious outrage after he was named the host of this year’s academy awards due to tweets and jokes he made in an old stand up comedy special dating back to 2008. Hart was labeled a homophobe by the progressive media as they demanded he steps down. Hart eventually apologized and backed out of the hosting gig but that wasn’t enough. Despite the fact he has constantly apologized for past comments, it seems like the media refuses to let Hart off the hook. This was made very apparent when Hart went on The Late Show with Stephen Colbert earlier this week.

Colbert refused to let Kevin off the hook for past comments during the interview in promotion of the movie. Colbert even went as far to tell Hart “You Don’t Get to Decide You’re ‘Over It” after Hart refused to speak any more on the topic. Colbert went so far out of his way to badger Hart that even his own audience began to turn against him to his dismay and that is when I realized that progressives seem to have it out for the star. Then the reviews come in and that 54% average that the Upside enjoyed plummeted to 30% as negative reviews began pouring in from major outlets:

All the hijinks and bonding go down like warm honey as long as you don’t consider this film as any sort of authentic present-day statement on American racial dynamics. – USA Today

“The Upside” was probably never going to be a good movie, but it needn’t have been such an unfortunate, spectacularly ill-timed one, the victim of circumstances it ultimately has neither the wit nor the imagination to transcend. – Los Angeles Times

Few films in memory have squandered so much acting talent in such a cliche-ridden, exploitative and dishonest way. It deserves its frozen grave. – Associated Press

But this review stuck out to me the most by Don Kaye of Den of Geek:

“A badly conceived scene where Dell exhibits an inordinate amount of gay panic over changing Phillip’s catheter–and even saying the word “penis” couldn’t be more poorly timed for the actor.”

Yep, that’s right, Kaye docked the film because a joke (which keep in mind was filmed three years ago) was poorly timed due to Hart’s current controversy which in of itself was comments made almost a decade ago. I can’t stress this point enough if your rating film based on how ‘problematic’ certain things are in ‘today’s climate’, you are going to have a bad time with cinema in general and you are probably judging the film based on things that nobody really cares about. When you add this in with the ridiculous outrage regarding Bryan Cranston playing a quadriplegic because…he is not actually paralyzed, you have to wonder if there were an attempt by the media to sabotage The Upside as a way to get back at the stars of the film.

Critics have a hard enough time these days maintaining credibility in the face of being called shills for certain studios or even being criticized for being the wrong race and gender to review a movie in the first place. Fair or unfair, it is a bad look for the industry to turn into attack dogs that serve push the agenda of ideologues and I’m saying this as an openly biased critic. Is The Upside a great film? No, but it is a very good one but if you are waiting for mainstream critics to tell you that, you may be dealing with people who decided to sink the movie before it ever had a chance.