Skip to content
During this past summer, countless left-wing outlets and personalities condemned those who wanted far-left Director James Gunn to be fired for his decade-old 'jokes' that were dug up on his Twitter account. 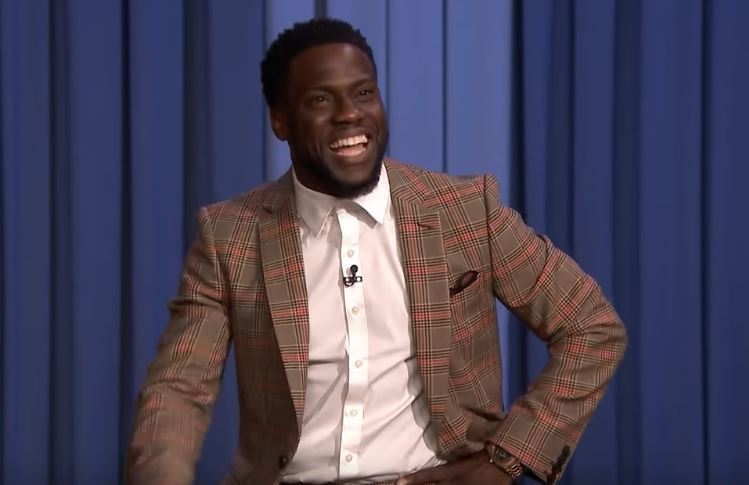 During this past summer, countless left-wing outlets and personalities condemned those who wanted far-left Director James Gunn to be fired for his decade-old ‘jokes’ that were dug up on his Twitter account. It didn’t matter how disgusting and disturbing the content of those tweets were, if you were one of the people who exposed him leading to his firing as Director of Marvel’s Guardians Of The Galaxy Vol. 3, some people went as far to call you ‘Cyber Nazis‘. Even the entire cast of the movie came out in solidarity for a man they believed to be wrongly prosecuted in the eyes of the public. The message couldn’t have been more clear, believing people should be held accountable for things that were said in humor nearly ten years ago, made you part of the problem…so why are the same people who feel that way back in July doing the exact same thing to Kevin Hart?

On Tuesday, The Academy of Motion Picture Arts and Sciences announced that actor and comedian Kevin Hart would be the host of the 91st Academy Awards on Feb. 24, 2019 and almost immediately, left-wing journalists and LGBT advocates slammed the decision to make Kevin Hart the host of the show citing nearly decade-old tweets and jokes charging Hart of homophobia. Benjamin Lee of The Guardian was one of the first leading the charge demanding Hart be removed as host.

Lee even went as far as to use jokes from Hart’s old comedy specials to attack him.

“Hart’s obsession with making unfunny, disrespectful and inappropriate jokes about a community he has shown nothing but bile for along with a string of unrepentant responses to any criticism paints him as someone entirely undeserving of a spot on the Oscars stage,” Lee wrote.

Lee continued calling Hart’s hiring “a middle finger up to the LGBT community and a sign that Oscars might no longer be quite as white but they remain aggressively straight.”

Progressive outlet The Daily Beast also joined in on the outrage mob asking if Hart should be removed as host due to his past comments and his refusal to apologize for them.

“It doesn’t seem as much an acknowledgement or understanding of why the joke is dangerous and inappropriate or an explanation of how his viewpoint has grown as much as it is an acknowledgment that people would get more upset about it in today’s day and age—as the current debate proves—and therefore not worth the risk.”

“Hiring Hart in the first place underscores the low priority culture places on combating homophobia. Hart’s anti-gay humor has hardly been a secret. Again, it’s unclear if the Academy had done its due diligence and learned this when it was considering Hart for the gig. If it had, that history surely would have popped up. But either way, the organization seems to have ruled that Hart’s box-office appeal and ratings potential is more important.”

Due to the intense backlash, Kevin Hart himself has decided to step down as host rather than have progressives hijack the award season with calls for him to step down.

“I have made the choice to step down from hosting this year’s Oscar’s….this is because I do not want to be a distraction on a night that should be celebrated by so many amazing talented artists. I sincerely apologize to the LGBTQ community for my insensitive words from my past.”

I have made the choice to step down from hosting this year's Oscar's….this is because I do not want to be a distraction on a night that should be celebrated by so many amazing talented artists. I sincerely apologize to the LGBTQ community for my insensitive words from my past.

It is quite amazing that the same group of people who for years slammed the Academy for being too white have now successfully removed a black man as host of the show. It’s also quite amazing to see the complete 180 on the stance of criminalizing tweets when the target was James Gunn just five months ago. Progressives aggressively defended Gunn on the grounds that his tweets were ‘just jokes’. The problem is, James Gunn isn’t a comedian, Kevin Hart is, but suddenly the defense of ‘just jokes’ doesn’t apply to Hart and even his own stand-up comedy (you know, the stuff that is CLEARLY just jokes) can now be used against him. Let’s be honest, if conservatives went after Kevin Hart the same way progressives did, there would be no shortage of the very same left-wing publications condemning the attacks as a targeted racist harassment campaign in the age of Donald Trump…just like they did with James Gunn for months after his scandal.

Stop looking for reasons to be negative…Stop searching for reasons to be angry….I swear I wish you guys could see/feel/understand the mental place that I am in. I am truly happy people….there is nothing that you can do to change that…NOTHING. I work hard on a daily basis to spread positivity to all….with that being said. If u want to search my history or past and anger yourselves with what u find that is fine with me. I’m almost 40 years old and I’m in love with the man that I am becoming. You LIVE and YOU LEARN & YOU GROW & YOU MATURE. I live to Love….Please take your negative energy and put it into something constructive. Please….What’s understood should never have to be said. I LOVE EVERYBODY…..ONCE AGAIN EVERYBODY. If you choose to not believe me then that’s on you….Have a beautiful day

But maybe there is a bigger picture at play here? Is the real reason why the left wanted Kevin Hart gone because he isn’t policial enough for their liking? With the 2019 Golden Globes nominations announced earlier today, it seems like the 2019 Hollywood Award season is going to be more political than ever before. With the major players, this season being films like Vice, BlacKkKlansman, Black Panther, Green Book, and Crazy Rich Asians; progressive and identity politics look to be the driving force in the coming month’s award shows. The problem with Kevin Hart is, he is on record not wanting to be known as a ‘political comedian’. Sources close to Hart have said in the past:

“Everyone has something to say about Donald Trump, and that’s the reason Kevin isn’t speaking on him. Kevin honestly feels the Trump bits are overused and knows that people are tired of the political banter from comedians. Going after people isn’t Kevin’s style, and he isn’t into telling people what they should or shouldn’t think about the President.”

You see when James Gunn was the target of an outrage mob, he was a hardcore Trump hater. He along with a few of his Guardians buddies would be quick to call the President and his supporters, Nazis. The same left-wing journalists who never condemned his actions saw Gunn as a key member of the resistance. So when Gunn was under fire, the left decided to protect one of their own. Kevin Hart on the other hand while he is not a right-wing personality, refuses on multiple occasions to alienate his audience and attack President Trump for the sole purpose of pleasing the progressive left like Gunn. When Kevin Hart was picked to host the biggest night of the year for Hollywood to get on its soapbox and attack Trump as well as conservatives in general, an apolitical host just wasn’t going to cut it for the left in the age of Jimmy Kimmel and Stephen Colbert.

One would have a good case to argue that Hart’s refusal to play ball in the political arena was the real reason for the attack campaign by the left who decided to use Hart’s stand up jokes from ten years ago as a cover for their true intentions. If that isn’t the case, it simply opens up the pandora’s box of progressive hypocrisy when it comes to who they choose to defend or attack based on the politics of the person in question, even if both are guilty of the exact same thing. Progressives may spend years claiming to fight on your behalf but the second you step out of line of their agenda, they will be the first ones to turn on you and their hypocrisy will never be challenged as Kevin Hart just found out the hard way.