Actress Amber Heard is coming under heavy fire and being accused of making a “racist joke” on Twitter. In an attempt to take a shot President Donald Trump and Immigration and Customs Enforcement (ICE), the Aquaman actress had a tweet hilariously backfire in more ways than one. She wrote 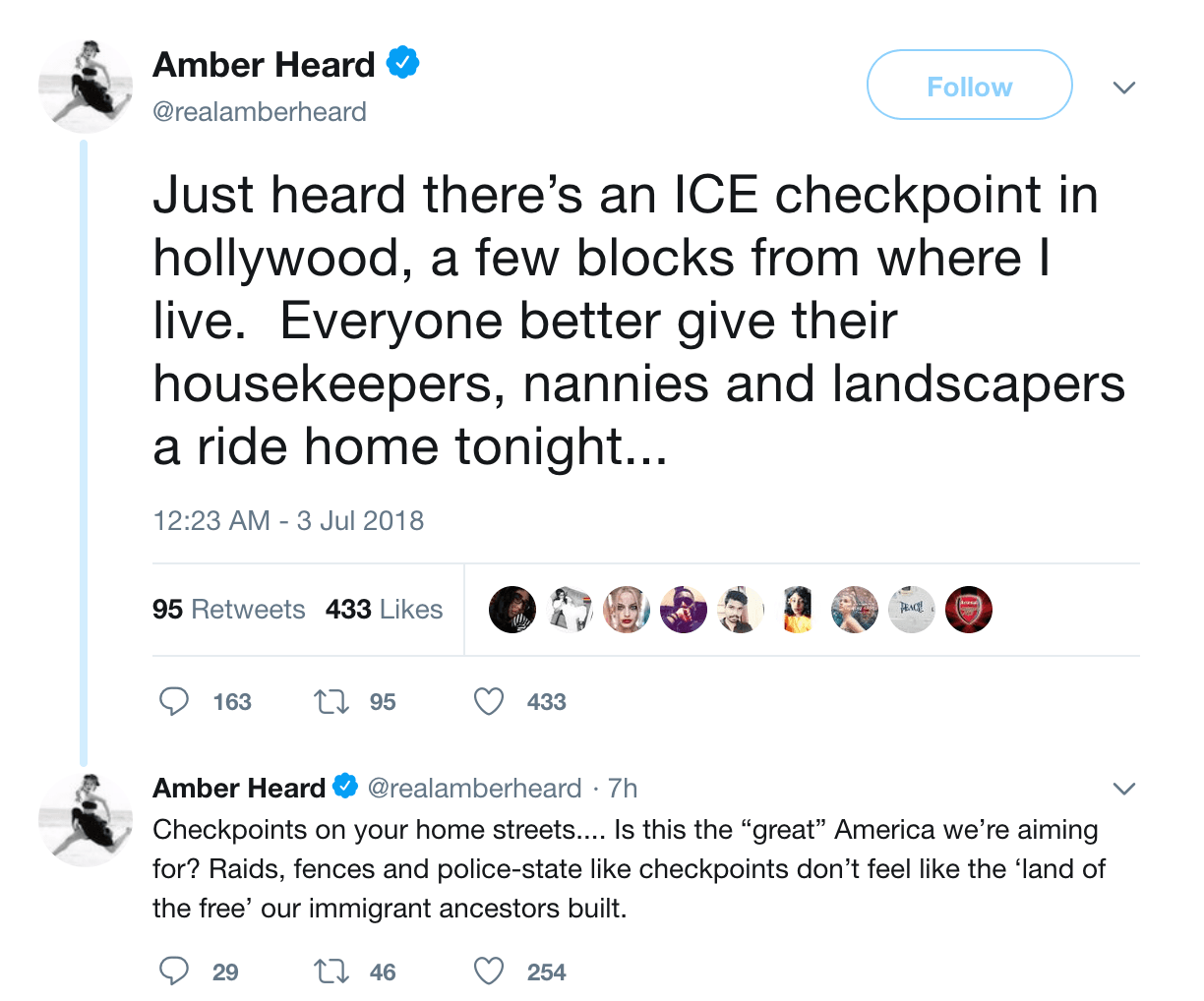 Really Amber? Why would all your Hollywood friends need to warn their housekeepers and nannies? Are you implying that your friends only hire illegal immigrants as their day laborers? That sounds very plantation of you, doesn’t it? Also, why would you assume that the Hispanic residents of Hollywood aren’t legal citizens? It didn’t take long for people to take Amber to task

Not all Hispanics are your house slaves, Amber. https://t.co/I4JKFozwjI

So Amber Heard posted a racist tweet and then stood by it… pic.twitter.com/yjga9vg3G6

Yikes, great insight into Hollywoods perspective on immigrants, and it's quite racist.

This isn’t the first time someone from Hollywood has made the insertion that all Hispanics are housekeepers, day laborers, and illegals. Kelly Osbourne made the same point on The View years ago.

The ones who virtue signal the loudest about how not racist they are, tend to be the same ones with the most bigoted mindsets. Maybe if Amber knew more Hispanic people outside of the ones who cleans her toilet…Aquaman comes out in theaters December 21, 2018.