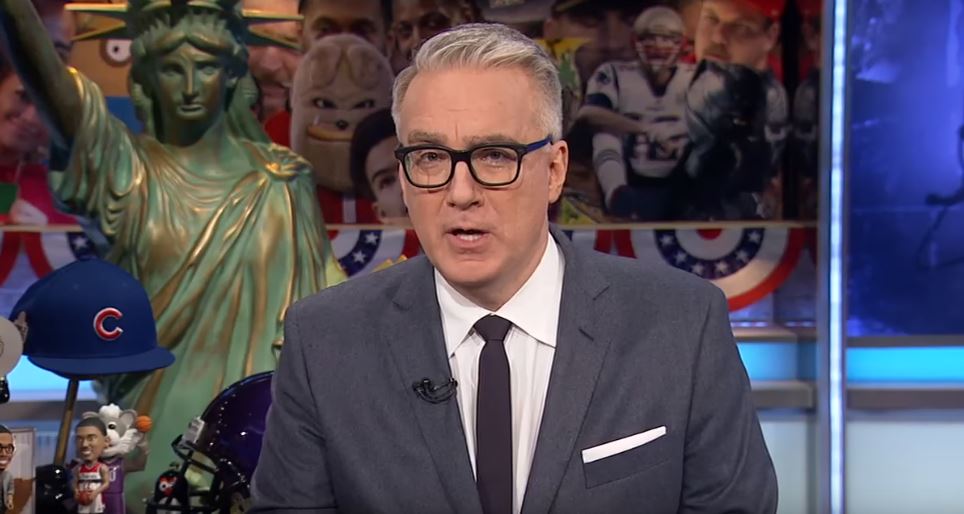 It was only a few days ago, The Wall Street Journal wrote an article regarding the sports network ESPN who has long been the target of claims that the #1 home of sports has become a home for progressive political voices and figureheads rather than sports. Well, this news definitely isn’t going to put any talks of ESPN becoming too liberal to bed. Reported by The Hill, Former MSNBC “Countdown” host Keith Olbermann has signed a new two year deal with ESPN that entails an increased role with the sports network.

Olbermann, best known in political circles for his scathing “Special Comment” commentaries during his time on MSNBC from 2003 to 2012, will begin Monday when he performs the play-by-play call for a Houston Astros–New York Yankees game at Yankee Stadium for ESPN Radio, according to the network. Olbermann first left ESPN in 1997 to make the jump to political media at MSNBC. Over the last couple of years, he has been known for his vicious attacks against President Trump with GQ Magazine in which he has called the President and his supporters,  “Russian Agents”, “Fascists”, “Nazis” and “White Supremacists”.

What in the world was ESPN thinking? A company that has lost millions of subscribers in the past five years along with being charged as too political in favor of the left ,signs one of the most divisive (Even by ESPN’s standards) left-wing pundits in the nation? Was Rachel Maddow busy? Staunch ESPN critic Clay Travis was not happy about the news as someone who has long called out ESPN’s liberal bias

Seriously, what the fuck is @espn thinking? This dude’s entire Twitter feed is deranged Tweets like this calling the president a Nazi. Not a one time thing, there are hundreds of them. https://t.co/18gaIbIVVH

Former ESPN personality Britt McHenry, who claims the network dumped her because she is a conservative also chimed in

I said I wasn’t going to comment anymore on ESPN, as flippant tweets end up making headlines. But how do you rehire a man who wrote a book “Trump is F*cking Crazy” and say you don’t have political bias? @realDonaldTrump https://t.co/fNkWx9G3UZ

Olbermann has been fired by ESPN in the past due to his volatile personality and left-wing vitriol. ESPN continues to claim that it is not too liberal. However, rehiring  Keith Olbermann will not help the network beat back the perception that only liberals and progressives need to apply.

0 comments on “Days After Assuring No Political Bias, ESPN Brings Back Keith Olbermann”