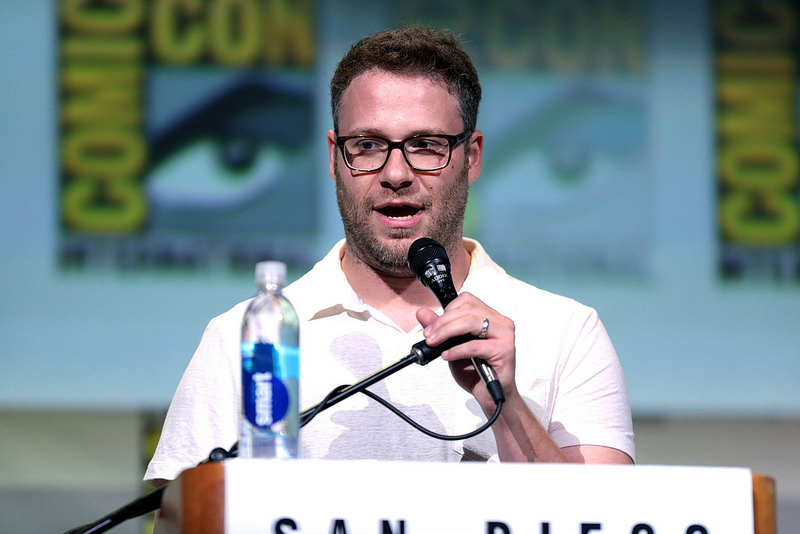 In a recent interview with Vulture, Actor and Producer Seth Rogen doubled down on his commitment to promote progressive politics in his film and television projects. When asked if his perspective as a white guy not being the most relevant to these larger cultural discussions such as the #MeToo movement (Yes, this was a real question) he responded.

I just try to be with the curve, not behind it. This is not in any way about pandering, but I think Neighbors 2 had an incredibly progressive message. For the 2016 sequel to their frat-comedy hit, Rogen tried to upend female comedic stereotypes like the nagging wife. “Rose Byrne pointed out that it was always the woman trying to stop the man from doing what he wanted to be doing,” Rogen told New York in 2016. I think Blockers has an incredibly progressive message. Directed by Kay Cannon and co-produced by Rogen and Evan Goldberg, the 2018 comedy inverts the male-centered high-school movie, with three girls trying to lose their virginity on prom night despite their parents’ efforts to shut it down. We hired Kay Cannon to direct it and she did an amazing job. We’re hyperaware of trying to be as representative as possible in the directors and writers and actors we work with. I’m sure we could definitely be doing more to be ahead of the curve in that way, but, again, I couldn’t be more aware that my perspective is not one people are clamoring for.

It’s pretty obvious that what Hollywood calls ‘Progressive’ is simply identity politics under a different name. We have seen over the last few years the need to promote ‘Progressivism’ in film which entails switching gender roles putting women in more masculine roles and men in more feminine roles in an attempt to combat what they call ‘Toxic Masculinity’ in the industry and in society. Not to mention fill their roles with as many “non-white heterosexual male” faces as possible to preach the virtues of ‘diversity’  in society. However, this plan for progressive Hollywood hasn’t been excepted well by audiences (you know, those people who Hollywood relies on to make money). Such films like Blockers which Rogen produced got universal praise by critics for its progressive politics but the audiences weren’t as happy about the film with only a 50% Audience score with Rotten Tomatoes and a 50% drop at the box office in its second weekend.

Other recent examples of films going the progressive route are Star Wars The Last Jedi, Ghostbusters, Annihilation, I Feel Pretty, Rough Night amongst others. Not surprisingly many of these films have either bombed at the box office or been massively disliked by moviegoers. Fortunately, Seth Rogen is the irrelevant white guy (His words not mines) that will continue this trend whether it’s successful or not because in the land of progressives, the narrative is more important than the final result.