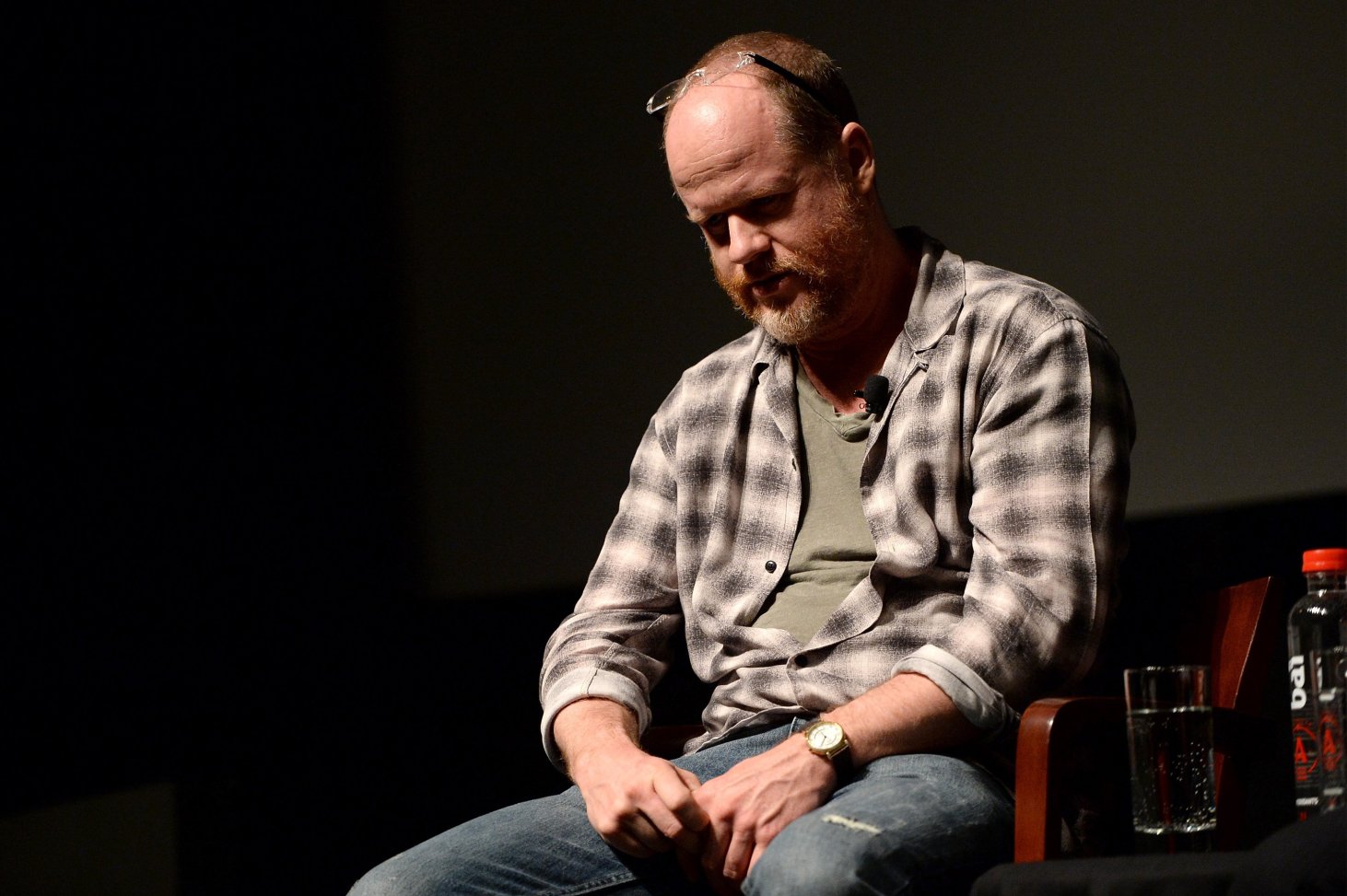 To say some people in Hollywood lean far to the left is like saying the food at the Heart Attack Grill is a bit high in cholesterol. Every day the proud home of Trump Derangement Syndrome (TDS) comes out with some new statement about how Trump is the worst thing since…well, the last Republican who was the president…who they called the worst thing since Reagan (Notice a trend?). But one person in Hollywood has seemed to have lost what was left of his marbles ever since Trump won the Republican Nomination and that is Nerd Jesus himself, Joss Whedon. Now I’m not talking about simply disagreeing with Trump’s policies or hating the fact he uses Twitter like his hair depends on it. This is a far deeper, far crazier fall into the rabbit hole by a man who is about 30 days away from being committed to an asylum.

Wishing death on the President of the United States is fine by Twitter laughable policies, but crashing a Gender Non-conforming SxSW panel with your intern dressed as a tinfoil robot will not only get you banned for a week but so will everyone else who shares the video…Good job, Twitter…Keeping the crazies in line.

Back to Whedon, this is not the first time Whedon has gone full psychopath against Trump. During the 2016 election, it was Whedon, who got his Avengers friends to come together and beg you not to vote for Trump with his Super PAC subtly called ‘Save The Day’

After that, it was downhill for Joss. His divorce from his wife became public shortly after along with the allegation of his unfaithfulness that drew ire from the feminist crowd he so deeply pandered to for the majority of his career. So when everything seems to be going wrong, who do you blame?…Trump. Whedon’s obsession with Trump has far surpassed political discourse and has manifested in the world of a sad, depressed misery that has many liberals pleading with him to dial it back.

Let’s go over some of Whedon’s greatest hits in the last couple of years.

He called Ivanka Trump a dog

BTW, he also wished Ryan would get raped to death by a Rhino

Cited his gratefulness for his mother’s death so she wouldn’t see Trump as president….on Mother’s Day.

Whedon is considered a God in the universe of nerds due to his various work on shows such as Buffy, Angel, Firefly, and Dollhouse. Not to mention his directing of the first two Marvel Cinematic Universe Avengers movies. You have to wonder, however, when the honeymoon will be over giving Whedon’s deteriorating mental state and actions over the last few years. There is a growing group of people placing the blame of DC’s Justice League massive failure on Whedon’s reshoots and change in direction, some of those voices allegedly include Zack Synder himself. Whedon was in negotiations to direct, write, and produce the new Batgirl film for the DC Extended Universe, but withdrew from the project citing he didn’t have a story for the movie. Perhaps he couldn’t stop thinking about Trump and it’s officially affected his ability to do his job.

Joss Whedon is a full-on deranged man and the sad part is that he’s dragging other people into his never-ending lake of sadness. Don’t believe me, read the comments on his original Trump death tweet. It’s time for Joss to take another long break from Social Media and hopefully he gets the help he needs because right now, the future doesn’t look pretty for the Nerd Jesus.

1 comment on “How President Trump Has Broken Joss Whedon”