American Assassin is basically a Reagan era action film with lackluster writing that holds back the film from being something truly memorable. With that said if you haven’t watched IT for the third time this week, American Assassin is easily the best film of the week for moviegoers. 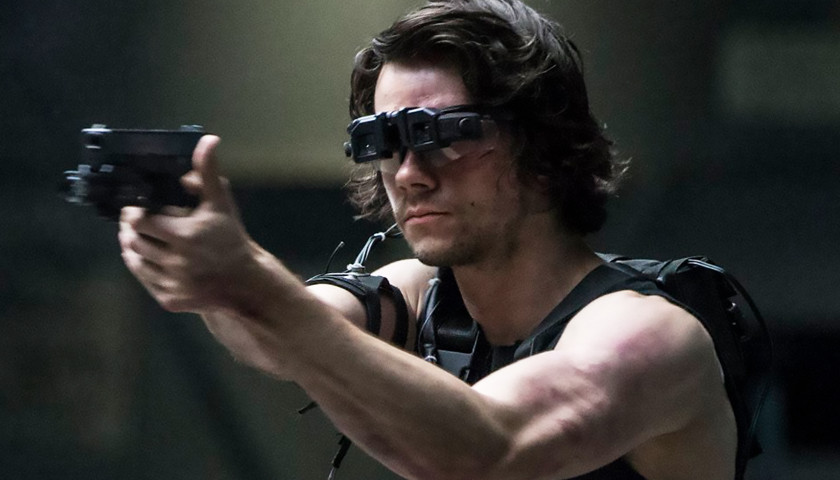 A white lead character who is dedicated to killing terrorists that don’t look like Richard Spencer was all it took to get the disapproval of Social Justice Warrior Movie Critics all around the country and almost on cue, some of the top film critics pounced with a wave of negativity. Honestly, the only thing that shocked me about the reviews of this film was that the term “Trump’s America” was only used once. Reality seems to be a hard pill to swallow for some of these people, but the truth is, yes, there are people in this world who want to kill people in the name of Allah. Now of course this doesn’t mean grab a baseball bat and Negan your way through a local Mosque, only an idiot would even entertain such a notion, but this idea that films like this “can’t be made anymore” because they portray a ‘negative stereotype’ on the same morning that a terror attack has occurred in London is absurd. Look, I didn’t like the film Detroit, that movie had a more explicit agenda than this one did, but I wouldn’t tell someone they aren’t allowed to make that film because even if you don’t agree with the film, that still allows the opportunity for dialogue about the subject and I would still encourage people to read about the real-life event it was based on but hell I’m one of those weirdos who still believes in open dialogue in 2017…Oh right, I’m supposed to be reviewing something.

The film begins with our main character Mitch (Dylan O’Brien) who is enjoying a vacation with his finance (as of 3 minutes earlier) when suddenly terrorists open fire and murder a bunch of people including his girlfriend. We fast forward to 18 months later and Mitch is trying to infiltrate a terror cell to kill the leader who ordered the attack, which is much more than I’ve done in an 18-month span. After Mitch fails at this act of vengeance, he gets recruited by the CIA and is shortly put into the field to stop a high-level criminal from selling the parts needed to obtain a nuclear bomb. Mitch must put his personal vendetta aside if he is to stop a villain who is just like him in more ways than he realizes.

I’m a bit surprised this film was made with only a $33 million budget. There are a couple of instances of CGI that could have been done better, but overall the visuals are pretty impressive given what they had to work with. Now I’ve never been sold on Dylan O’Brien as an actor, I know he has a massive female following but the guy is pretty bland for me and here he comes off as soulless by design. The problem is to sell this character, you really need to be extreme in one direction or another. Either he’s a sociopath driven by his own vengeance or a he’s a trained killer who understands there is a method to the madness and Dylan falls somewhere in between.

Ultimately you are dealing with a standard action film, which only tells you enough to keep the story moving. While I think there is room for improvement, the film isn’t bad. It’s not the most original film of the year, but it accomplishes what it needs to. Michael Keaton carries the film again as expected, Taylor Kitsch, who never recovered from the bomb known as John Carter is better the less he talks. When he explains his actions, he comes off like a moody teenager, which again is the fault of the writing. Shiva Negar is a stone cold knockout but isn’t more than a point woman in the film, just when you really start to feel a connection with her character, she is cut off too soon. The only creative point I can give to this film is the ending as the film delivers a non-traditional conclusion to the ‘we need to get rid of this bomb that is about to explode’ angle.

Despite my issues, after watching this film for 111 minutes, it does a solid job at keeping your attention, being entertaining, and you will leave the theater overall satisfied which reflects the general moviegoer feelings on the film. American Assassin is basically a Reagan era action film with lackluster writing that holds back the film from being something truly memorable.