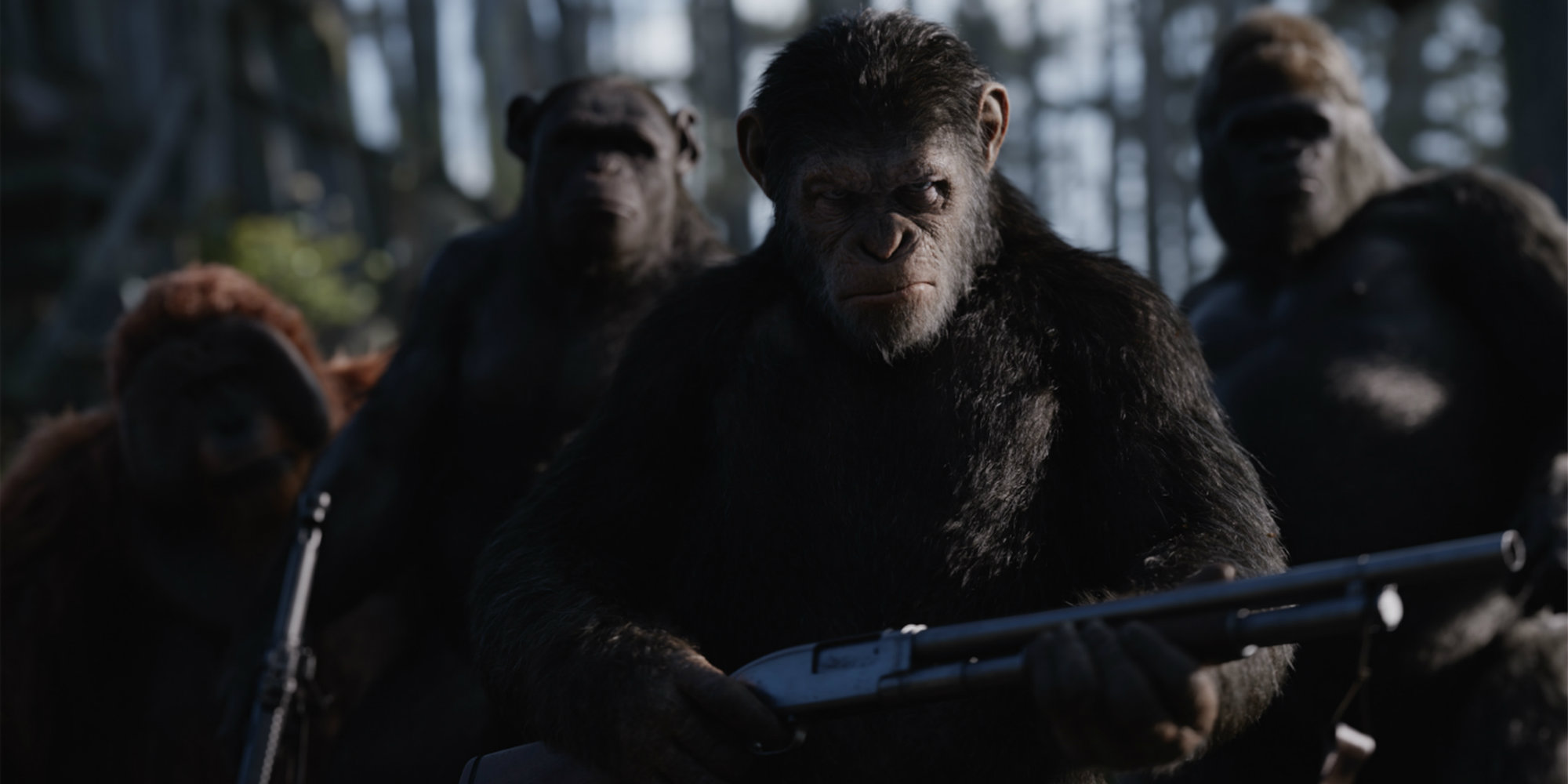 Dawn of the Planet of the Apes established an emotional grounding between Caesar and Koba given their two very different experiences with humans. Without that element, War for the Planet of the Apes wouldn’t have much to work with. As the film it is a technical achievement but as far as storytelling it's a bore. 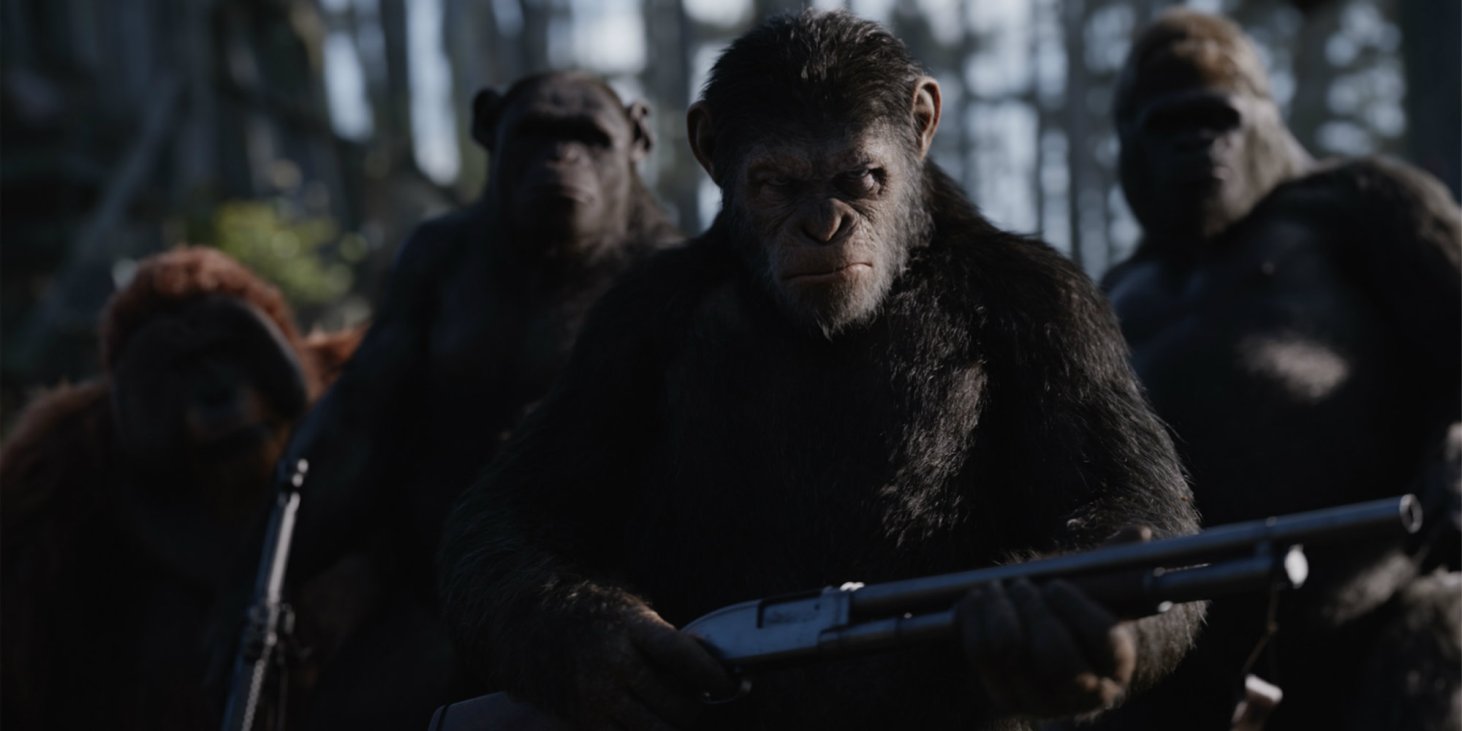 War for the Planet of the Apes begins two years after the events of the last film, Caesar’s war with the human military rages on as Koba made the Apes public enemy #1 of the humans. After an attack by the military on their home leaves many dead, Caesar attempts to show mercy to the humans as the last call for peace. The humans are not interested as they return and kill Caesar’s son and wife. Driven by vengeance and hatred, Caesar hunts down the man responsible for the deaths of his people, A tyrant known as The Colonel played by Woody Harrelson (who I’m shocked they didn’t make a Neo-Nazi based on the trailer). Caesar’s plan fails and his entire clan finds themselves at the mercy of the human military unit who turns out not to be what they seem.

It’s rare that a movie’s strength can also be its weakness. The Planet of the Apes reboot series prides itself on telling a deeply emotional story with many parallel meanings to real life. While this works in terms of driving motivations for certain characters, in this movie it feels more like emotional manipulation than genuine conflict. Case in point, the story is designed in theory to present the human vs apes conflict in a neutral sense. Meaning that it isn’t bad vs good, but two sides put on opposing teams in the game of survival. The problem with that is unlike the last movie, you spend no time with the humans and when you do they are depicted as savages. Not the direction you should go in when depicting a neutral conflict.

We discover that the Simian Flu has progressed against the surviving humans to the point it is leaving them unable to speak and regressing their minds. The Colonel who is hell-bent on saving humanity at all costs kills the infected to prevent the virus from spreading. This move even has the rest of the human colony gunning for him as it’s viewed as evil. But seeing how the virus affected others in the camp, was this really wrong? I mean this is about survival at all costs but you only see the conflict from one side. The scumbaggery is turned into overdrive in the second half, instead of the war being about the fight for survival, The Colonel decides to kidnap all of Caesar’s people, force them into Slavery, and have them build a wall out of rocks while the American National Anthem plays in the background (way to be subtle guys). My problem with this is even for the plot this makes no sense because ‘The Wall’ that they are building is essentially useless because the rest of the human colony shows up in Attack Helicopters and Tanks so as a defense strategy, it was a piss poor one at best. This was done to bring upon the ‘happy ending’ as all the remaining humans getting wiped out at the end (even the ones who showed up to take out the ‘bad humans’ who captured and killed the monkeys in the first place). I knew what they were trying to do with the script, but even then the effectiveness of how they went about it was just flat.

The Planet of the Apes Reboot Trilogy always gets a nod for its amazing CGI as it should, Many superhero films that spend $100 million more than this film still don’t get CGI as good as this. The details in the facial expressions and movement are in a class of its own. The story is just uninspiring and shockingly dull. The writing here is easily the weakest of the three films and to prove it, all you have to do is watch the previous two films. Dawn of the Planet of the Apes established an emotional grounding between Caesar and Koba given their two very different experiences with humans. Without that element, War for the Planet of the Apes wouldn’t have much to work with. As the film it is a technical achievement but as far as storytelling it’s a bore.